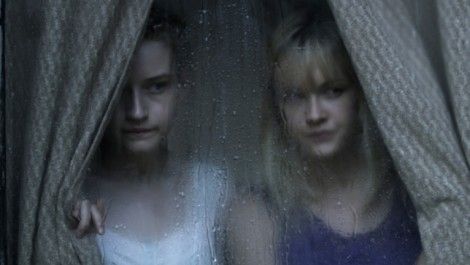 Taking place in the sun-scorched slums of Mexico City, Jorge Michel Grau’s striking 2010 shocker was hot with hidden passions and political outrage. By contrast, Jim Mickle’s ( Stake Land ) remake, set in rural America during “significant flooding”, is awash with water –tears falling across milk-white faces, bodies floating down a river, a gnawing dankness that gets in your bones.

It’s a long way from Mexico – from anywhere really – with a desolate, cloistered tone more reminiscent of Winter’s Bone or The Village than a conventional horror film.

When a matriarch Rose (Julie Garner) suddenly drops dead, things change for her impoverished family: husband Frank (Bill Sage), teenage daughters Iris (Ambyr Childers) and Alyce (Odeya Rush) and little son Rory (Jack Gore). They’re the last of a dying breed dating back to pioneer times, cut off from the community around them, and there’s a trail of missing girls leading the local doctor (Michael Parks) and deputy (Wyatt Russell) inexorably to their door.

Death is everywhere in Mickle and Nick Damici’s (who also plays the local sheriff) expertly shaded script. The doc performs the county’s autopsies with professional distance, but he can’t say goodbye to the daughter he lost ages before (“She’s just gone,” Daniel tells him kindly, “It happens. I wish to God it didn’t.”)

Elsewhere, ants crawl across rotting animal carcasses and Iris finds fumbling love in a graveyard. It’s not so much Southern Gothic as Southern Tragic – the infrequent explosions of horrendous violence are almost a relief from the long, sad silences in which the character contemplate their unasked-for fates. They are what they are, and nothing’s going to change that, or save them.

Although it’s a whisper too long, and exceptionally bleak, this is one of the best genre films of recent months, with every component of the production – acting, writing, cinematography – dripping with quality, among other things.