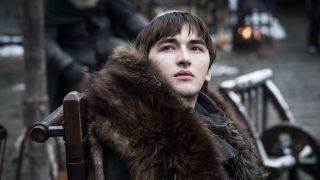 Oh boy. Game of Thrones season 8 is back. Not only does the episode have its fair share of betrayals-in-the-making, bloodshed and, yes, boobs, but it’s also stoked the meme fires once again. We may not know who will sit on the Iron Throne come the end of Game of Thrones season 8, but one thing is certain: Twitter. Is. Undefeated.

We’ve been waiting nearly 600 days and (long) nights for this moment. But we were finally allowed to settle in and watch the first of the final six Game of Thrones season 8 episodes last night. For many, it didn’t disappoint, even if there were a few naysayers.

WELCOME BACK TO THE GREATEST TV SERIES IN HISTORY!!!!!!!!! #GameofThrones pic.twitter.com/zh8ZFCXStBApril 15, 2019

#GameOfThrones was amazing. DRAGONS. I stan. ;;And that ending. oofI honestly have so many thoughts and already need a rewatch.April 15, 2019

#GameofThrones rating? 9/10. Can’t wait for second episode. While this wasn’t the most action-packed, it set the stage for the rest of the season. Exceeded my high expectations.April 15, 2019

It's possible my expectations were out of control, but I thought that was a weak #GameofThrones at this stage. I get that they wanted to reset all the storylines, but the episode's tone seemed ... off. Too cutesy, too much fan service. Still can't wait for next Sunday, of course. pic.twitter.com/sW9nhTJ0GFApril 15, 2019

People really said this first episode of #GameofThrones was boring? Just finished and holy cow the suspense is real.I gotta unfollow the whiners lmao just as annoying as the spoilersApril 15, 2019

During their brief reunion at Winterfell, Jon Snow called Bran a man. He’s… something a bit more than that, as evidenced by his thousand-yard stares every time a main character came into shot. Of course, with this being the internet, the Three-Eyed Raven got the meme treatment. This was compounded by the heart-stopping ending where Jamie and Brann finally come face to face for the first time since the Kingslayer gave the Stark boy a one-way trip to the ground via a well-timed shove.

This is exactly what that Ser Jaime and Bran scene felt like 😂#GameofThrones pic.twitter.com/prSQ71C175April 15, 2019

One of the more intriguing moments in the Game of Thrones season 8 premiere came when Euron finally docked in King’s Landing. He made himself at home in no time at all, with even Cersei letting him into her bed. Could Euron be the unexpected wildcard as we hurtle towards the finale? Some fans think so.

Oh man! She really did it with creepy Euron. #ThronesYall #GameOfThrones pic.twitter.com/bqw0gwIQabApril 15, 2019

Hands up, who had Cersei down as the most quotable person in Game of Thrones season 8? And, even better, it all stemmed from her acting like a little child, disappointed she didn’t get her elephants. Brilliant.

That's disappointing. I was told the Golden Compass had elephants."- Cersei- Also me #GameofThronesApril 15, 2019

Cersei wanting wooden boats to transport an army of elephants across the sea... #GameofThrones pic.twitter.com/SZfxxI8T1OApril 15, 2019

Don’t count Bronn out yet. He’s been one of the best salt-of-the-earth characters in Westeros, but even he can’t turn down riches and lots and lots of women. He’s been tasked with murdering both Tyrion and Jaime Lannister with the crossbow that offed Tywin. Cersei just lives for drama – but we can we trust Bronn?

Cersei giving Bronn the same crossbow that Tyrion used to kill Tywin was too much for me. she actually has no chill pic.twitter.com/x0tHrxB7pgApril 15, 2019

Bronn just wants to live and whore in peace but people just keep roping him into more dramaApril 15, 2019

She's sending Bronn to kill Jaime and Tyrion with Joffrey's crossbow? This isn't a smart plan. Bronn can't go through with this. #DemThronesApril 15, 2019

Ick. Game of Thrones has made its name on brutal deaths, but this might have been the worst of the lot. The poor, young, head of House Umber was brutally cut open and, in a final spine-tingling scene, nearly took out Tormund Giantsbane after he turned into a White Walker. If this episode wasn’t clear enough: Game of Thrones season 8 is NOT messing around.

Tormund and co. being surprised by Lord Umber (colorized circa 2019)#gameofthrones pic.twitter.com/a9p40E7DssApril 15, 2019

Ned Umber is the first named character to die in #GameofThrones S8 pic.twitter.com/ZwhwIWJ3GCApril 15, 2019

Me watching the scene with the Umber boy #GameOfThrones pic.twitter.com/wAJbzhz40QApril 15, 2019

Forget the Umber boy, will any of our best Game of Thrones theories survive in to next week?