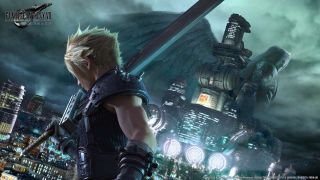 Despite years of delays and staff shuffling, Square Enix has confirmed that the long awaited Final Fantasy VII remake will be released in multiple parts. A Japanese press release, translated by Twitter user hansuramu, confirmed that the release would still be split into parts (分作) like they originally said alongside when they announced the game in 2015.

The original  was sold in a single package on Playstation 1 and some fans had started to believe that multiple delays would encourage Square Enix to ditch the episodic approach. We can safely put those thoughts to bed now.

After getting another glimpse at the fabled RPG during Sony's State of Play broadcast yesterday, Square Enix said that more information would be coming in June—likely at E3. With the first part possibly coming in 2020, it's likely that other episodes will release on the Playstation 5. We don't know about other platforms yet as the remake has only been announced for the Playstation 4.

This announcement explains why we've only seen footage from early parts of Final Fantasy VII, including Midgar where the original game opened. The set pieces featured didn't stray outside the famous city, although we'll hopefully get official confirmation of the remake will involve next month.

The Final Fantasy VII remake was first shown off at E3 in 2015 and then shortly after at the 2015 Playstation Experience. The trailer released today is the first significant thing we've seen from the game in several years. Even still, the internet erupted with excitement and discussion over the remake of the Japanese epic as soon as it showed up on screen.

Looking for more news on Final Fantasy VII? We've got you covered. Check out our breakdown of everything we learned during Sony's State of Play broadcast.