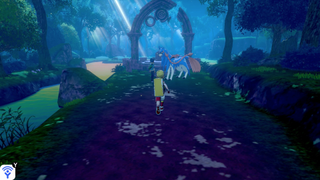 Pokemon Sword and Shield came out today, and most trainers are blissfully frolicking the Galar region with their new starter. Some Pokemon fans, however, are worried about viral reports on Twitter and Reddit about Sword and Shield crashing during autosaves and possibly erasing all their Switch's save data. We're happy to report that the latter isn't happening, but there is a peculiar glitch that's causing the games to crash and corrupting some micro SD cards.

According to a breakdown by Pokemon dataminer and Switch hacker SciresM, avoiding loss of data involves making sure your SD card is formatted a certain way. In particular, exFAT drivers are susceptible to being corrupted by Sword and Shield crashing, and SciresM advises players to ensure their SD cards are formatted to FAT32. There are plenty of guides on how to reformat your SD card - here's one from Dash Cam Bros - but always make sure to save and close your game and completely power off your Switch before taking out the SD card.

The exact reason causing some Sword and Shield copies to crash unexpectedly hasn't been identified, but SciresM offers up a number of possibilities. "Could be bad game access patterns, or could be concurrency with accesses to read game data, or a bunch of other stuff. Not much evidence pointing to the cause," SciresM tells the Twitter-verse.

GamesRadar has reached out to Nintendo for comment, and we'll be sure to update this page with any new information. For now, the two key takeaways from all the noise is that the issue seems confined to the eShop versions of Sword and Shield, and that only users with SD cards formatted at exFAT are at risk of losing SD card data. That said, crashes aren't exclusive to those using exFAT, only SD card data loss.

To reiterate, the worst-case scenario here is that you need to re-download some games and lose some screenshots, as the Switch only stores save files to the system's memory, not the SD card. So, definitely not an awesome thing to happen on launch day, but not the end of the world.

Keep an eye on Black Friday game deals to get Sword and Shield and other new releases on the cheap.