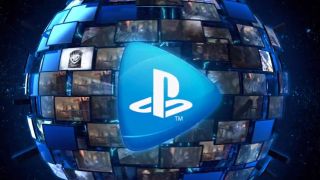 PlayStation Now has been around for a few years, but it's one of those services that Sony itself doesn't shout that much about. While similar services like Google Stadia and Microsoft Project xCloud compete to become the best game streaming service, PlayStation Now quietly bubbles away, adding new games and features with relatively little fanfare. However, with PS5 just around the corner, it looks to be a huge part of the feature set, and is likely to factor heavily into the console’s future plans.

Given the service is still on the rise, we thought it helpful to fill you in on how PlayStation Now works, what it costs, and what exactly you can and can’t do as a subscriber. Here’s a rundown of all that and more if you’re considering becoming a new PS Now subscriber.

What is PlayStation Now?

PlayStation Now is PS4’s (and probably PS5’s) subscription gaming service. It first debuted in open beta in 2014, just a few months after the PS4 was released. On the heels of PlayStation’s acquisition of streaming company Gaikai, initially the service acted only as a game streaming subscription for PS4, PS3, PS Vita, and PlayStation TV, and even select TVs and Blu-ray players, though in 2017 Sony ended support for PS Now on all platforms except PS4.

In 2018, PS Now expanded not to new platforms, but to old ones - sort of. Sony announced that in addition to streaming PS4 and PS3 titles, players could download select PS2 and PS4 titles with their subscription. In this way, PS4 started to resemble its main competitor, Xbox Game Pass, in a way that fans had been hoping for.

If you want to stream games, PlayStation recommends at least a 5 Mbps broadband connection, and says to go with a wired connection when possible. As always, the faster the better, though. In my experience, all of these streaming services, not just PS Now, stop having issues around 35 Mbps. Below that and your mileage may vary. Above that, and you won’t likely notice a difference at all.

Just last year, PS Now expanded to many more countries, first by way of a new beta phase, but at this point it’s out in full in over a dozen countries. The list includes Austria, Belgium, Canada, Denmark, Finland, France, Germany, Ireland, Italy, Japan, Luxembourg, the Netherlands, Norway, Portugal, Spain, Sweden, Switzerland, the United Kingdom, and the United States.

How much does PlayStation Now cost?

It wasn’t that long ago that PS Now’s monthly subscription fee was the highest in the industry. At $19.99 / £19.99 per month, it was a hard sell for the already somewhat streaming skeptical gaming community. Thankfully, in an effort to remain competitive in an increasingly streamable gaming world, Sony slashed the price in half permanently.

Today PlayStation Now is $9.99 / £8.99 per month and that includes a week’s free trial for new subscribers. You can also buy access for three months and save a bit. The three-month package sells for $24.99 / £22.99. For those who prefer to buy in bulk, you can prepay for a year’s subscription for $59.99 / £49.99, which is obviously a great deal cheaper over time for those who know they’ll be playing that long anyway. If you find streaming games from the cloud to your console to be a dubious prospect, it doesn’t hurt to try it for a few days. Just make sure to find your way to the cancellation page should you not be impressed with the trendy tech.

What are the PlayStation Now games?

Though PlayStation Now has courted neither the good press of Xbox Game Pass nor the more negative impressions of Google Stadia, it does have its own claim to fame: its games list is enormous. While Stadia still struggles to climb above 30 games and Xbox Game Pass proudly boasts “over 100” - and to its credit offers over 200 anyway - PS Now’s library is more than 800 games strong, spanning PS2, PS3, and PS4. It’s simply massive and makes its competitors’ lists look miniscule in comparison.

While no PS3 games can be downloaded directly, plenty of PS2 and PS4 games can be, including PS4 favorites like GTA 5, Killzone Shadow Fall, and Metal Gear Solid 5: The Phantom Pain and PS2 classics like Red Faction, Dark Cloud, and Star Wars Jedi Starfighter. Given that the complete list is over 800 games, we can’t fit them all here, but you can check out the whole list on PlayStation’s official site.

Is PlayStation Now compatible with PC and Mac?

The short answer for Mac users is, sadly, no. PlayStation Now is not currently available on Mac. If you’re playing on a Windows PC, however, you’re in luck. Any Windows PC works with PS Now, though there is the slight catch that it doesn’t allow for any downloading. That means if you’re playing PS Now games on PC, you’re guaranteed to be streaming them.

Still, while PlayStation slowly moves its first-party games to PC, this is a great alternative to skip the wait and play some of the best games of the generation that was otherwise not made for PC.

Is PlayStation Now worth it?

With all that out of the way comes the most important question at all: is it worth it? The answer: yes. Usually. PlayStation Now doesn’t make sense for those playing on the poles of the gaming community. Anyone who plays very few games, like those that just spend time with some sports titles or maybe the annual shooter of their choice don’t need to subscribe to a library of hundreds of games. Likewise, those who already rigorously keep up with new releases month after month may discover even a library this big isn’t hiding many gems you didn’t already find. But for everyone else - and that’s a vast majority - PS Now is a fantastic way to play.

By offering so many games from multiple eras of PlayStation’s history and increasingly giving players the option to stream or download games, PS Now is on its way to truly challenging Xbox Game Pass for the title of best games subscription out there. Though PlayStation remains reluctant to put its first-party titles in the PlayStation Now library for long - and unlike Xbox, never does so at launch - it does cycle through its award-winning lineup frequently with games like Uncharted 4, Horizon: Zero Dawn, and God of War all having spent time in the library at different times.

If PlayStation is where you do most of your gaming and you hope to do a lot of it, assuming you’ve got a decent or better internet connection, PS Now is definitely worth it, and we suspect it’s only going to get better with this year’s PS5.

Speaking of the next generation, don’t miss our ever-growing list of upcoming PS5 games.