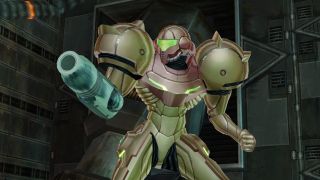 Metroid Prime 4, the Nintendo shooter that Samus fans are dying to play, might be further off than anticipated. Retro Studios, which developed the first three Metroid Prime games, tweeted out a link to several job listings for their development team earlier today, meaning the game could still be in the early stages of development.

Some of these listings were originally posted in November of last year, although a Retro Studios tweet from earlier today indicates they may still be open. Open roles included art director, character artists, graphics engineers, and several others.

It's not that much of a surprise, as Nintendo announced that development on Metroid Prime 4 hadn't met its standards and that it would start over back in January, with Retro Studios and producer Kensuke Tanabe taking the reins. Specific details about what issues the game had weren't released.

Metroid Prime 4 was announced during the E3 2018 Nintendo Direct (albeit without a trailer of any kind), answering the prayers of thousands of Metroid fans who had been waiting more than ten years for another entry in the franchise. There is no current release date or window for Metroid Prime 4, but if these listings are any indication, the game is still years away.

There have also been rumors of a remastered Metroid Prime trilogy coming to Nintendo Switch after a Swedish retailer listed a version of the game back in December (and again in March). The listings indicated the trilogy would be announced at The Game Awards, though that never came to be. A remastered trilogy would make the wait for Metroid Prime 4 much more bearable, so here's hoping we see it become a reality soon.

Looking for something to play on your Nintendo Switch in the meantime? Check out our list of the best Switch games that are available now.