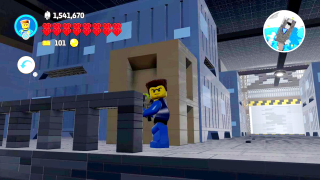 Lego Metal Gear Solid will never be a real thing. Sorry. But don't despair, because the recently-released Lego Worlds lets you build whatever you want, and MGS fan Bear Parker has used this freedom to recreate the intro area from the 1998 PlayStation classic:

It even has… a Hind-D?! Colonel, what's a toy version of a Russian gunship doing here?!

But seriously, kudos to Parker and his work putting together this amazing creation. It doesn't seem like there's a way to share the level so you can roam around it yourself, but you can always try to outdo Parker and make something even more grandiose. Hop to it!