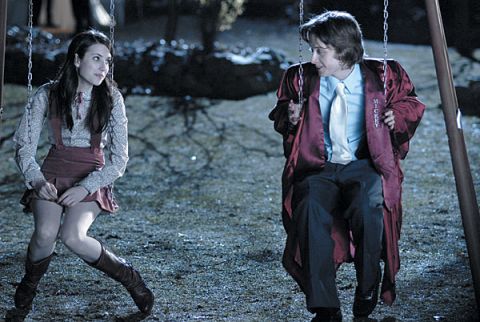 Lymelife review - As the saying goes, happy families are all the same – for your off-the-peg white-collar suburban drama, only the dysfunctional ones can generate the requisite narrative friction.

So it is with Derick Martini’s semi-autobiographical debut, a late-’70s cul-de-sac of ennui in which two New Jersey families inflict their flaws and infidelities on each other. If that sounds familiar, it’s because it is – Ang Lee went there for turbulent key-party ensemble piece The Ice Storm. Of which Lymelife, then, can only be a pale autumnal imitation? Not a bit of it.

It may lack the sledgehammer emotional impact of Lee’s film, but also any need to indulge in thwacking melodrama. Instead, it justifies itself with a grounded, tack-sharp script that turns on a dime from warm-hearted domestic humour to black-edged threats of conflict and violence.

It’s a seething petri-dish of soured dreams and relationships tempered with barbed wit and human warmth. Despite laboured metaphors and an evasive, dull-edged conclusion that doesn’t live up to its promise, Lymelife gets there via some stonkingly performed vignettes – including an electrifyingly tense verbal duel between Hutton and Baldwin.

It’s been done before, but to criticise it for that would be beside the point. It’s not what you tell, after all, but how you tell it.