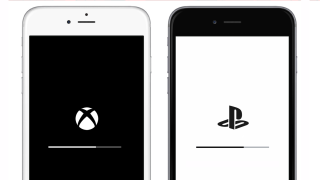 “We think the future is without console generations; we think that the ability to build a library, a community, to be able to iterate with the hardware – we're making a pretty big bet on that with Project Scorpio. We're basically saying, "This isn't a new generation; everything you have continues forward and it works."

Unlike Microsoft, Sony aren’t speculating about the future of consoles. They’ve set the launch date. PS4 Pro, unveiled at the PlayStation Meeting in New York, might be the first entry in an age of iterative console updates and the end of generational leaps as we knew them – with PS4 Pro and Xbox Project Scorpio arriving only three and four years after their parent consoles, respectively. The debate is less how the industry has changed, but why embracing a steadier, more knowable, future, may jeopardise what we’ve always loved about console gaming – and why we’re all partly to blame for an iPhone-style hardware update model, which feels like a symbolic blow for the risk takers, dreamers and creatives who once inhabited the big budget console space.

Apple's iPhone is entering its 11th iteration in nine years, with iPhone 7's improvements including a faster processor, a waterproof case and wireless earphones. It's The Best iPhone Yet, but for most users, there's little it offers that wasn't available on the previous model – or generations before. The mobile gaming market has been 'won' by an F2P race to the bottom (as Super Mario Run, amusingly, chases the beleaguered premium market) and iPhone sales are predicted to dip for the first time in years. "If you're going to buy a new iPhone, this is the one to get", concludes TechRadar's iPhone 7 review, "However, many of the changes are slight, and the iPhone 6S, for the lower price, suddenly becomes a very attractive option."

Outliers aside, this has been a generation defined by HD remakes, sequels and iteration, where we’ve desecrated the old gods, one angry tweet, gif and petition at a time for failing to deliver their dreams. Ken Levine, feted as the saviour of AAA gaming, reached for the heavens in BioShock Infinite, before suffering a vicious critical backlash. Peter Molyneux, the lauded dreamer, optimist and showman, has been vilified for deception. Hideo Kojima, an auteur with an almost flawless track record, angered fans with the ‘unfinished’ Metal Gear Solid V. More recently, No Man’s Sky delivered the universe but caused outrage for the lack of a multiplayer mode.

Creativity and ambition has been slowly insulated from the mainstream, and siphoned into the financially safer, resource-constrained, confines of indie games. On a wider level, PS4 Pro and Scorpio suggest the same philosophy is permeating the boardroom and console manufacturer’s corporate strategy. Bluntly, the visionaries, optimists and architects of our future seem to have lost their battle with the accountants, optimisers and statisticians.

It wasn’t always thus, although the dreamers laid the foundations of their current unpopularity. Back in 2006, I sat in a cramped room at the Makuhari Messe convention centre to watch ‘Father of PlayStation’ Ken Kutaragi give his legendary Tokyo Game Show keynote speech, which I later came to refer to as ‘Ken’s TGS cheese dream’. Looking back, Kutaragi’s speech is where it all went ‘wrong’ for the optimists and dreamers; even though he was right, only ten years too soon. More pertinently, it was Kutaragi’s mistaken vision for PS3 that almost brought Sony to its knees and, in due course, to its current position of dominance with PS4.

On the eve of PS3’s launch, during a dense one-hour monologue, Kutaragi talked about he envisaged a Cell chip – the bespoke, costly processor at the heart of PS3 – living in every electrical item in your house. Kutaragi saw a world where your PS3, freezer and television joined forces to create a powerful parallel processor; a notion which later informed PS3’s cancer-fighting Folding at Home project. Ten years on, this household vision might now be considered a foreshadow of the Internet of Things. The conversation then flipped to a crowd-sourced vision for virtually rebuilding the world on the internet using user photos, allowing us to explore any country, city or building in real-time.

“The possibility of creating a GMS, a global map system, users will be invited to upload their data. Users will start with all the pieces of information in their living room, their favorite restaurant, their school…. This is not just a pipe dream. You can enjoy the data in real time. You can fly through the landscape in real time.”

Hands up, it was baffling, exacerbated by stop-start translation delays. At one stage, I thought maybe I’d attended the wrong speech, or had died. When Kutaragi finally finished, I turned around to find a famous video-game analyst beside me, and – not wishing to look an idiot – gently inquired what he thought. “I have no idea. It was utterly mad.”, came the reply.

Odder yet, as the years have rolled past – and more of Kutaragi’s once-fantastical dreams inched closer to reality – I’ve come to regard his speech as something quite brilliant; perhaps the closest I’ve experienced to that metaphorical fine line between genius and madness. It was thrilling, visionary and ever-so-slightly beyond the edge of possibility. Sadly, to take us full circle: it was the thinking that almost brought Sony to the edge of extinction… and, a decade later, to a safety-first reality, driven by iteration, embodied by PS4 Pro.

Bluntly, Sony were losing $300 for every PS3 sold, attributed to the cost of the Cell chip (with its poor yield rates) and the – then cutting-edge – Blu-Ray player. It took Sony four years to streamline production, so they were only losing $16 a unit by 2010. Over PS3’s lifetime, Sony spent $5bn on the console (at a loss), claimed industry analyst and ex-EA developer Ben Cousins. By 2012, the entire Sony corporation was in dire trouble, attributed by the failure of the TV division and, to a lesser extent, PS3.

We know what happened next: Sony radically rethought their approach to PS4, appointing ex-producer Mark Cerny to lead the project, with two key areas of focus: 1) Simplifying the console’s architecture to make developers lives easier 2) Reducing the cost per unit. Sony did exactly that, reaching out to the development community like never before, and employing a cost-effective mix of off-the-shelf chips. Even at launch in 2013, every PS4 sold made Sony a small margin. The accountants nodded, developers warmed to Sony’s open approach and players gravitated to PlayStation 4’s ‘games-first’ focus; encapsulated by Jack Tretton’s famous ‘PS4 supports used games’ speech at E3 2013, which is perhaps the pivotal moment in shaping public perception of this console generation.

Cerny but so far

But here’s the thing. Watching Sony, from their point of dominance, embodied by lead system architect Mark Cerny, announce PS4 Pro in New York at The PlayStation Meeting was, well, just a little bit boring. Predictable, too, with rumours that had circulated for months being proved correct, with no element of surprise or over-delivery. Mark Cerny calmly, cooly, confirmed what we already knew, and proceeded to demo lots of games that we’d already seen… running at a higher resolution. It was all quite deliberate, I presume, with Sony wanting to keep the focus on 4K, and not shift the limelight to a new game – or indeed, to conflate the importance of PS4 Pro to PlayStation VR, which is another story – but, yeah, it didn’t feel that magical.

On one hand, the quality of games has never been higher, but leafing through the PlayStation Store in mid August, the top six upcoming titles to pre-order contained Resident Evil 4 HD, BioShock: The Collection and Skyrim Remastered: an 11 year old, nine year old and five year old game, with the three ‘new’ games being Call of Duty: Infinite Warfare (the 13th in the series), FIFA 17 (the 24th) and Destiny: Rise of Iron (the second major DLC update). As things stand, the future of console gaming looks set to improve, predictably, one day – and iterative sequel – at a time, rather than as a bolt-from-the-blue, with a tantalising promise of the unknown.

Way back when, I remember leafing through the pages of Edge magazine, and seeing scans of Shenmue on Sega Saturn, with visuals so mind blowing, it felt decades ahead of anything I could imagine playing. In this (effectively) pre-internet era, Edge were able to import Famitsu magazine from Japan, scan its pages, make an entire magazine – a process taking up to eight weeks – and still surprise its readers with a vision of a world that felt beyond comprehension. If Valve announced Half-Life 3 tomorrow, you’d have seen the video within minutes, the disappointment memes within hours and be settling in for the backlash backlash by the weekend.

We’re all to blame. Us, in the media. We, as consumers. Social media in its restlessness. The accountants, optimisers and analysts beholden to real-time data and a world that craves efficiency, instant delivery and value; all with a smile on its face. I remember traveling around Asia in 1999, pre-smartphone, pre-social media, and meeting a man on a beach, who recommended a film called The Truman Show to me. What’s it about? I asked. A man living his life, he deadpanned – and I never stopped thanking him for not saying more. In the same year, I saw The Matrix, not having seen a single trailer, without a whisper of red or blue pills. It was breathtaking. And, yes, I could try to never read Twitter, Facebook, email, watch TV or do anything in 2016 to preserve my innocence… but the world isn’t working to that rhythm.

It’s probably why, when whispers circle of a new Grand Theft Auto, or – once upon a time – a new Star Wars film, that the world stops to take notice. Just think about the first time you saw the GTA5 trailer in 2011, which was itself a paean to a romantic past; a Hollywood – and indeed, a games industry – where dreams used to be made. “Why did I move here? I guess it was the weather. Or, nah, I don’t know, that thing… that magic”. For the longest time, Rockstar have been one of the few believers in that stardust. The mystery. The art of saying more, by saying less. Of ambition, unchecked by precedent, or cost, or technical limitation.

Sony are not the villains here. In order to dream, you need to survive – and if a pragmatic console serving iterative updates of nostalgic safe bets is the ‘cost’ of funding a risk like PlayStation VR, with its promise of genuinely new experiences, then that’s where we are; and, after all, it’s a healthy balance sheet, not just idealism, that allows Sony to bankroll a maverick like Hideo Kojima, as he motion captures a naked Norman Reedus holding a baby.

The danger, of course, is that these wild-eyed moments of surprise – of Willy Wonka luring you into a world of pure imagination, rich with risk and wonder – are increasingly the exception, as perfectly-excellent games inch their way toward release, unspooling service-based entertainment optimised to maximise consumer value. PS4 Pro and Xbox Scorpio might, just might, herald a sustainable ecosystem where developers feel emboldened to take risks over longer horizons – but, right now, the pragmatic, unromantic, truth is that consoles have opted for resolution over revolution; upscaling our reality, rather than sketching a hazier future where we’re free to dream.