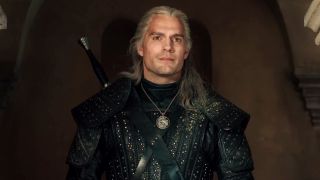 The Witcher Netflix series has been a hit, and even though it's not an adaptation of the games, sales data proves that The Witcher 3 is still feeling the love.

The Netflix series debuted on December 20, 2019, more than four years after The Witcher 3 first arrived and two months after it hit Nintendo Switch. According to a new report from market research firm The NPD Group, The Witcher 3's sales were up 554 percent in December 2019 compared to December 2018.

Even if you exclude the new Switch version, The Witcher 3 sales on other platforms were still up 63 percent. That's a nice jump for a game that's almost half a decade old. We also ranked The Witcher 3 as No. 2 in our list of the best games of the decade in December. Just saying.

Both The Witcher Netflix series and the games are adaptations of the same series of fantasy stories by Polish author Andrzej Sapkowski. NPD also pulled some data on that, showing that physical book revenue for The Witcher soared by 562 percent in the two weeks following the Netflix shows premiere, as compared to the same period last year. That was largely driven by sales of The Last Wish, a collection of short stories that introduce the Geralt of Rivia character and his dangerous world of monsters and political intrigue.

Even though the games and the Netflix series are two different takes on the same source material, it looks like they're working well together. I wonder if The Witcher 3 developer CD Projekt Red is secretly hoping that a new series based on the Cyberpunk tabletop RPG will come to Netflix in time for Cyberpunk 2077 in September. Altered Carbon season 2 and Ghost in the Shell: SAC_2045 could also do in a pinch.

While you're in a Witching mood, why not read about the secret rap version of "Toss a Coin to your Witcher?"