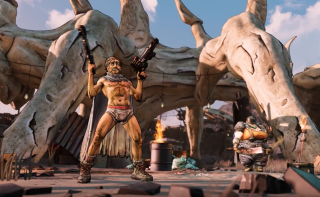 With Borderlands 3 arriving at the tail end of this console generation, there's a good chance that Gearbox has considered about the possibility of a PS5 and Xbox Project Scarlett version of the game later next year, when the two platforms are reportedly scheduled to release.

At a recent preview event, in fact, the game's Creative Director Paul Sage confirmed to GamesRadar+ that next-gen talk hasn't gone unnoticed by Gearbox, while teasing that Borderlands 3 going cross-gen isn't out of the question.

"We've definitely looked at [bringing Borderlands 3 to next-gen]" Sage explains. And we're excited about it too. Any time you get a new playground to work in, your'e going to be excited about what it can do for you. So yeah, let's just say we've looked at it, are super excited about, and can't wait... but lets get this out on current consoles first before we go down that path."

Borderlands story recap: Catch up on the history of Pandora in time for Borderlands 3

If Borderlands 3 does make its way on PS5 and Xbox Project Scarlett, it's unclear whether it would be just a straight and simple port, or a remaster of the game in the same style as The Handsome Collection, which brought enhanced versions of Borderlands 2 and Borderlands: The Pre-Sequel to PS4 and Xbox One back in 2015.

Nevertheless, given that the Borderlands series has always been about replay value, and particularly with this upcoming sequel's focus on long lasting endgame content, it's not hard to imagine a next-gen re-release down the road. Games like Dying Light 2 and Cyberpunk 2077 have already confirmed to be cross-gen titles, and - with Borderlands 3 also looking a likely candidate - that list is growing fast.

For more, check out the first 14 minutes of Borderlands 3 opening gameplay, or watch our Release Radar below for a guide to everything else out this week.