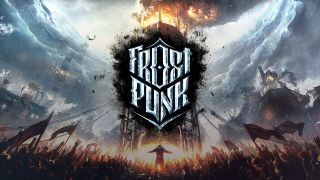 In case there just isn't enough despair in your life, fear not: the incredibly grim city-building simulator Frostpunk is coming to PS4 and Xbox One October 11 at $30 USD. Originally released exclusively on PC in April of 2018, Frostpunk tasks you with surviving and leading the last city on Earth to prosperity in the face of a worldwide ice age caused by a catastrophic volcanic event. Not exactly SimCity.

If you can get past the distress, hopelessness, and general unpleasantness of heading the charge against the extinction of the human race in a post-apocalyptic winter world, Frostpunk offers an inventive take on the city-building sim that smartly blends survival and decision-making elements into the formula. As expected, the snow-powdered landscapes are bleak and decrepit, and the story is about as heavy as it gets, but there's some fun to be had for fans of the survival and city-building genres. We even ranked Frostpunk among our favorite city-building games.

According to Frostpunk lead designer Jakub Stokalski, the PS4 and Xbox One versions of Frostpunk will be more than direct ports of the PC version, featuring enhancements to ensure a seamless gameplay experience on consoles.

"We redesigned pretty much every game element to work intuitively with a gamepad. Among the new, console-specific UI changes we have an express menu for quick access to most common building actions, easy to use choice-wheels, top-down view for precise building placement, upscaled icons, and much more. We truly believe it will become a new benchmark for the genre on Xbox One and PlayStation 4," said Stokalski.

Check out our picks for the best city-building games you can play right now.