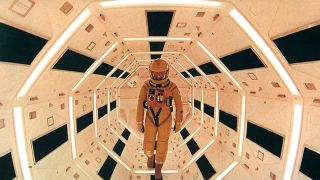 Movies are great. I know it, you know it – the whole world knows it. But sometimes we’re all caught in up with the new and shiniest thing cinema has to offer. That’s where #FilmStruck4 comes in. If you have a Twitter account, there’s a good chance you’ve seen (or even been nominated to take part in) the hashtag, which offers up an opportunity for cinephiles to share the four movies that influenced them the most.

Even some of Hollywood’s brightest, from Death Stranding’s Guillermo del Toro, to Thor: Ragnarok’s Tessa Thompson has given us a peek into what movies make them tick. Some of these choices are interesting, to say the least…

Of course, Guillermo del Toro can’t just pick four, though his eight picks are about as classic as you can get.

Han Solo movie director Ron Howard also went above and beyond and gave us nearly a dozen. I’m sensing a pattern here…

Another to include The Godfather and One Flew Over the Cuckoo’s Nest is Parks and Rec’s most positively positive man, Rob Lowe.

4 films that helped define me. The Godfather. Apocalypse Now. Jaws. One Flew Over The Cuckoo’s Nest. #FilmStruck418 April 2018

Logan director James Mangold opted to go all hipster, including 1956 movie The Red Balloon. Yes, I had to Google it.

I accept the #FilmStruck4 challenge from @joshuahorowitz! Define yourself in 4 films. Passing the challenge on to @edgarwright @rianjohnson @PattyJenks @JordanPeele pic.twitter.com/tFe7z1RgED17 April 2018

Josh Gad went Back to the Future for his picks.

Alright. Here’s my #FilmStuck4 in response to @MattOswaltVA and in return I challenge @prattprattpratt @colintrevorrow @BryceDHoward and the T-Rex from the new Jurassic World. pic.twitter.com/nydiRHC01P18 April 2018

And Tessa Thompson proved she’s a self-confessed cinema nerd *puts all four movies on my watchlist*.

Finally, if you’re playing along at home, there’s a good chance you’ve spotted one movie on Twitter that’s been mentioned above all others…

According to #FilmStruck4, Scott Pilgrim is the most influential film in the history cinema.19 April 2018

There you have it, some of the finest names in film giving away their personal favourites. As for me? 2001: A Space Odyssey, Birdman, Apocalypse Now and Lost in Translation. Don’t @ me.

Feeling a bit hot under the collar that you haven’t seen some of the above classics? Here’s how to pretend you’ve seen the 30 best movies ever made.