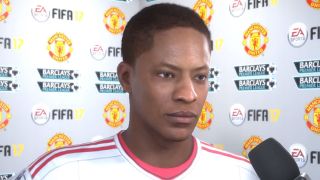 For the last three instalments in the FIFA franchise, Alex Hunter has been the star of the show as he made his journey through multiple top tier teams and rose to stardom as a footballing legend. His story is over though as The Journey was always meant to be a trilogy... or is it? We could be seeing a FIFA 20 Alex Hunter cameo as part of the FIFA 20 Volta mode coming to the game, if this small tease from Matt Prior, creative director on the game is anything to go by.

Could we see a FIFA 20 Alex Hunter appearance?

FIFA 20's big selling point is the brand new Volta Football mode, which brings street football back to the series several years after we last saw a FIFA Street game. As part of our long FIFA 20 interview with Matt Prior, creative director on the game, we talked about several aspects of Volta, including the possibility of an Alex Hunter cameo now that his Journey has come to a close. While not disclosing anything specifically, his response was a strong hint that Alex Hunter's days aren't completely over, as he simply said "Uhhh... watch this space! Maybe!".

How could Alex Hunter reappear? Well we know he won't be a playable character because the Volta story is all about playing as your created character, building your way up through the ranks of street football, conquering the small, hard-surface pitches all over the world. Perhaps you'll come up against Hunter in a tournament though, or maybe he'll appear in a cutscene, or maybe even just on a news bulletin in the background.

Everything is just speculation at this point because there's no guarantee Hunter will be back, but after Prior didn't deny it, there's a good chance we'll see him at some point. Who knows, maybe Kim Hunter and Danny Williams will be back too?

Make sure you read all about our time with the game in our FIFA 20 hands-on, take a look at our FIFA 20 Matt Prior interview, and check up on everything we know about FUT in our FIFA 20 Ultimate Team preview here.