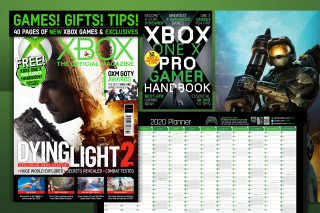 Dying Light 2 is one of 2020's most-wanted releases and gives you complete control over not only the game's branching story, but the world around you. What you say and do - or don't do - will alter character progression, dialogue options and reshape the game world. Every player will live in a different version of its open-world environment The City and even 'bad' decisions can lead to permanent changes - except at some key junctions where the game will give you a (costly) way to rewrite history, reveals a new interview in Official Xbox Magazine.

"I think the biggest thing will be the ability to change the world around you. The moment when you make a decision or you perform some action in the game and you see that the world has changed, you see what kind of power we give you from the actions to the decisions you make," says Dying Light 2's Lead Designer Tymon Smektala. "So sometimes in crucial moments for the narrative where we feel there’s a space for you to think back and realise that maybe what you decided to do wasn’t the thing you really wanted to do, even if that’s not a ‘good’ thing... there are a couple of instances where we give you a chance to rewrite those decisions."

Unlike some games, this won't be a case of tapping 'restart' to start afresh, but allowing you to correct things through skill and hard graft. "It’s not like you can like go back to the moment of that decision and just change it," Smektala told Official Xbox Magazine. "You need to do some additional stuff, like complete a couple of extra missions, to fix the things that you think you wronged. But apart from those rare instances, all of the decisions are permanent."

You can find out more about Dying Light 2 with an exclusive behind-the-scenes feature in the new Official Xbox Magazine (OXM). Developers Techland lift the lid on just what it takes to bring what may be the biggest ever zombie game to life. The new issue of OXM is on-sale now, and contains a bonus Xbox One X Pro Gamer's Handbook, a giant Halo poster and 2020 wall planner.

We have some great gifts free with this issue. Not only do you get a giant Halo poster and 2020 wall planner, there's a bonus mag packed with Xbox One X tips and tech advice. For example, did you know you can share your in-game screen captures in Ultra HD 4K by tweaking the Advanced settings in the Capture and share tab? We've also got advice on how to get started on streaming app Mixer, how to calibrate your Xbox Elite Controller and the best games to show off your Xbox One X, all in your FREE 32-page Xbox One X Pro Gamer Handbook.

We love our Xboxes, and all the great games that have ever been on it. In this month's OXM we revisit an overlooked 360 gem. The Club was a clever and original arena combat game, and we speak to one of the game's lead developers for this month's Retrospective feature.

OXM's Games of the Year

It's been another great year for Xbox, but which games were OXM's favourites of 2019? Find out in our big OXM awards feature! Plus as always we have reviews of all the latest games, tons of news, previews and more.