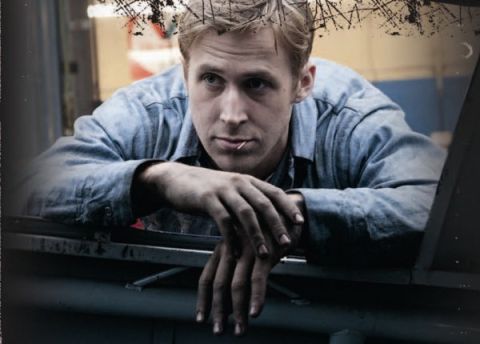 Anyone expecting Transporter 4 or Fast & Furious 6 will see their expectations crash and burn within 10 seconds.

As the camera scuds between twinkling skyscrapers in downtown LA, credits of the hottest pink light up a widescreen sky of the blackest velvet and a Euro-electro score pulses, pulses, pulses.

This, immediately, is the world of ’80s Michael Mann movies, of A-game Walter Hill pictures, of William Friedkin’s style-drenched neo-noir To Live And Die In LA.

On the radio, a basketball game blips and burbles – a seemingly incidental detail that will prove key to the action. Driver (for that is the only name he’s given) works the gear shaft and feeds the wheel; his knuckles flex, his leather gloves creak.

Composed and confident, laconic and iconic, he’s about to prove he’s the best getaway driver in town…

Night and the city

Long considered a talented maverick whose spiky sensibility could never fit into square old Hollywood, Danish filmmaker Nicolas Winding Refn (The Pusher Trilogy, Bronson) has here made an explosive action movie that got Cannes critics whooping in the aisles.

There is, of course, a girl, and she even lives next door. Irene (Carey Mulligan) cares for her young son (Kaden Leos) while her husband (Oscar Isaac) does time. Driver, naturally, finds himself not only gravitating towards her but breaking all of his own rules to protect her.

It is for Irene, circuitously, that he takes on a pawn-shop heist that goes inevitably wrong, and she is the baggage that weighs down our previously unburdened, unemotional crim as he feels the heat around the corner.

Clichéd? Sure, only Refn and screenwriter Hossein Amini, adapting James Sallis’ book, play out the de rigueur romantic sub-plot in unexpected ways: Driver and Irene communicate largely in silence, their bond forged through shifting gazes and meaningful half-smiles (DoP Newton Thomas Sigel maps the human face as closely as downtown LA); and the film’s most swooningly romantic flourish precedes its most violent set-piece.

It makes for a film both archetypal and fresh and, as such, it’s hard to put a pin through. Gosling wasn’t kidding when he described Drive as a mix of Blue Velvet and Purple Rain…

The cast is strong, from Mulligan’s serenely stoical princess (Drive can be read as an urban fairytale) to Bryan Cranston’s mechanic/fixer to Ron Perlman’s intimidating henchman.

But it is Gosling, along with Refn’s meticulous, dynamic direction, that is the star of the show, his tight-lipped turn evoking the cool charisma of Steve McQueen in Bullitt or Alain Delon in Le Samouraï.

Dressed in aviator shades, driving gloves and a satin racing jacket emblazoned, tellingly, with a scorpion, his Driver may be a blank-faced cut-out deprived of the barest hint of backstory, but he’s an intriguing, mesmerising blank-faced cut-out – the kind of amoral, dysfunctional anti-hero that so often becomes a poster boy.

Might he register as this generation’s Man With No Name, their Travis Bickle? Perhaps that’s going too far, but Gosling’s Hollywood-stuntman-by-day, getaway-driver-by-night is the stuff of fantasy, and his mysterious dispensation towards dishing Gaspar Noé levels of violence is exactly what got the Cannes viewers cheering.

Next up for Refn and Gosling is a re-run of 1976 action-sci-fi flick Logan’s Run. A $200m blockbuster? Just don’t expect it to play by studio rules…