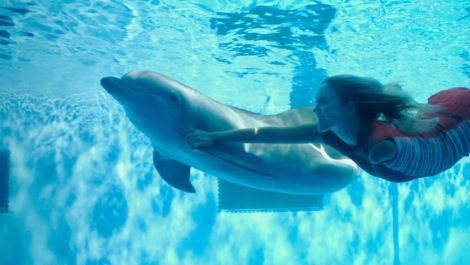 “I love that fish!” says Morgan Freeman’s dolphin prostheticist (inaccurately) of the cetacean invalid he designed a faux fin for in the first Dolphin Tale (2011). The filmmakers will be hoping audiences feel similar warmth for this largely redundant sequel, the thrust of which involves a search for a new companion for its flipper-less heroine after her old one goes to that great Sea World in the sky.

It’s all a big allegory about celebrating the differently abled, rammed home early on by having one-armed shark survivor Bethany Hamilton contribute a cameo. Sadly, admirable intentions are no substitute for a compelling storyline.