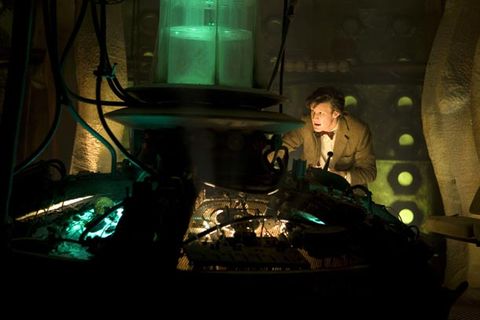 Someone’s knocking at the door...

There are lots of special boxes in a cupboard

The processed food agenda is back

We possibly hear something first heard in “Logopolis”

There’s more of Matt Smith in this one than in the first three episodes, and he’s great

Suranne Jones is fantastic too, like an ever nuttier Helena Bonham Carter

Telephones are used at an important point

You might be reminded of “The Invasion Of Time”

He’s done it AGAIN! Sort of

There’s a flashback to a happy day

Something puzzling in the pre-season trailer is explained

You’ll think of “The Doctor's Daughter”

The episode has a kind of “Utopia” vibe

Who’s a pretty boy then?

The Doctor sports some fetching eyewear

The name of a character is clever and significant

Why in and not out?