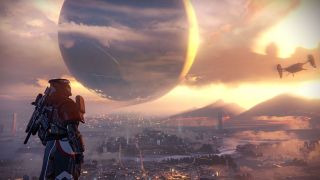 Ever found yourself alone at a run down service station in the middle of nowhere, awake at a friend’s house in the dead of night when everyone else is asleep, or pacing the length of an eerily silent school corridor during the summer break? If you have, then you'll know that it can be a strange and almost haunting experience; where you quite literally feel as though you're in the wrong place at the wrong time.

Psychologists call these settings "liminal spaces"; transitory areas that unsettle the brain when we stay in them longer than we're supposed to, almost to the extent that reality itself feels altered. Being alone in these spaces for an extended period of time is sometimes considered a therapeutic way of clearing one’s head but, for many others, it is an environment that breeds anxiety, paranoia, and outright fear -  the quiet allowing our mind to wander as we’re caught up in a space from which everyone else has moved on. No wonder, then, that exploring an empty Minecraft server or a deserted region in Guild Wars feels just as creepy as any real life liminal space ever could.

In March 2016, YouTuber Vinesauce live streamed a trip to Active Worlds; a virtual chat hub from the 1990’s that has long since been abandoned after other, better successors like Virtual Paradise materialised. During the first few hours, he found not a single other person to talk to, only the NPCs left behind by their creators, still obediently following their designated patrol routes like ghosts cursed to walk the earth for eternity.

The entire world had aged and transformed from bubbling social setting to evocative online monument over the course of 20 years, and  - even just watching the highlights as a late observer to the experiment - the results are chilling. Vinesauce did eventually run into another human player, and the events that followed were mythologised into one of the internet’s best creepypasta stories, but it’s the emptiness of the environment around these two online strangers which makes that encounter so ominous in the first place.

Some developers have made smart use of real life liminal spaces as the setting for parts (or indeed all) of their games. Think of the desolate Chernobyl theme park in Call of Duty 4: Modern Warfare. The vacated family dwellings which serve as the backdrop to What Remains of Edith Finch and Gone Home. The ethereal school corridors in Outlast 2.

The disarming power of these environments are fertile ground for horror, able to instil fear and dread with almost immediate efficacy, but they’re also used more subtly as a way to mess with player expectations. Gone Home isn’t a horror game in any major respects, but countless players have commented on how nervous walking alone through the empty Greenbriar estate made them feel. But, more than these deliberately crafted environments, it's the unintentional ghost towns of video games that really get under the skin; the ones that were never designed to be spooky.

Over the Christmas Holidays, I decided to take a brief return trip to the original Destiny, out of curiosity to see how it compared to its sequel now that I had invested a substantial amount of time into both games. It was not a fun experience. While I still came across a fair few players enjoying themselves in PvP, each of its open-world zones were a depressingly bleak landscape of nothing but the odd solo Guardian who had no interest in interacting with others.

At one point, I landed at The Tower to find that I was the only human Guardian there. The ‘social’ part of Destiny’s social space - once a thriving and familiar home to thousands of communal spacefarers - had been yanked out from beneath of it by the hands of time, leaving nothing more than a ‘space’: a lifeless husk of its former self. I flew back into orbit not long after landing, and deleted the entire game from my hard drive shortly after that.

Thanks for the memories

Beyond the fear factor, there’s also something uniquely sad about revisiting our former virtual playgrounds, years after they’ve seen any sizeable player activity. Provided that the servers haven’t been shut down, the nuts and bolts of their digital makeup remains more or less the same since you last played them, like a well preserved relic to your old gaming memories.

But the lack of human life presents these same environments in an entirely different light; creating a powerful visual metaphor for the years which now separate your past memories from your present experience.

These days, it can feel as though people almost seem to get a kick out of watching the player count dwindle on ‘failed’ multiplayer games (I still like you, Lawbreakers), but finding out that a game you once loved is no longer being enjoyed by others can be a genuinely disheartening revelation, especially when you go and see the results for yourself.

If you’re a Battlefield 4 console player who doesn’t want to endlessly replay the game’s forever popular Siege of Shanghai map, chances are you’ll find yourself thrown into an empty server every once in a while, as DICE asks you to wait for other plays to join. I hate to be the one to break it to you, but you’ll be waiting a long time. The very same thing happened to me recently, in fact, so I took the opportunity to explore Flood Zone, a map that I had only previously experienced as a warzone packed with bullets, bangs, and 61 other Battlefield players.

10 games that are way better now than at launch

It was like walking into my old childhood stomping grounds long after our family had packed up and moved out. Every corner and crevice resurfaced an old, fond memory from hours of free time spent playing with friends. Here’s where we took out two squads with C4. Over there is where that helicopter crashed onto our tank. This is where we won the match at the last minute. And yet, beneath all the warm nostalgia, there lies a very palpable tinge of sadness.

It’s fun to reminisce, but nobody's here anymore; my former squadmates have moved on to different games, or different pastimes altogether, leaving behind a playground that might look as pristine as the day we first set in foot in it, but is nevertheless withering as the steady march of time continues to diminish its relevance. Treasure the multiplayer games that you're enjoying right now; chances are they're not going to be around forever.