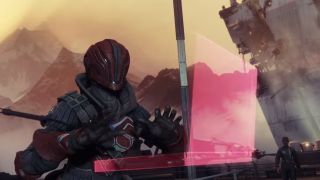 Among the many, many, many things Destiny 2 director Luke Smith discussed in his Director's Cut blog post, he revealed that the game's underwhelming Pursuits tab is due for a substantial upgrade. This page was introduced a few months ago in the hopes of consolidating quests, bounties, and other challenges, but it's so finicky and buried that it's often worse than the old system. Fortunately, Smith shared a prototype showing how the upgraded tab will look:

The most noticeable difference here is that quests and bounties are now separated, which should cut down on clutter and, consequently, the annoying need to scan for the thing you want to track. I'm also hoping that when we sort our quests or bounties, our sorting preference is actually, you know, saved, because right now it's reset every time we close the menu. From the looks of it, you'll be able to hold at least 28 quests and 56 bounties at one time, which ought to be plenty of room for everything you're working on.

These changes will arrive this fall with Destiny 2 Shadowkeep. So, why didn't the Pursuits tab look like this to begin with? Smith discussed the process behind the Pursuits tab in his post.

"When things fundamentally change in a way that interrupts muscle memory and mastery, it is frustrating," he said. "The initial set of changes to the Pursuits tray earlier this year did a few things beyond upsetting muscle memory. It certainly didn't get as far as the team wanted in its initial release and it also didn't feel like an improvement over what previously existed. It felt like we started to redecorate your house but we didn't finish it (and sometimes, that's how things in a live game can feel).

"...this team wanted to make something sweet, exceed your expectations, and meet their own expectations," he continued. "None of those things happened. We wanted to try something different with Pursuits, in the sense that we knew where we wanted this feature to end up, but that we'd take some iterative steps to get there. I think we've got to do a better job ensuring that while we're remodeling your house, the potential of the renovation is clearer either in the game or via some communication here on the site. We want a Quest log with great tracking that can help players prioritize what to do next."

Smith also noted that the Destiny 2 subreddit about imploded on itself the day after the release of the new Pursuits tab. As it happens, the updated version coming this fall isn't far off from the player-made tabs posted to Reddit, many of which looked great and some of which received thousands of upvotes. Hopefully the official redesign will find a happy middle-ground.