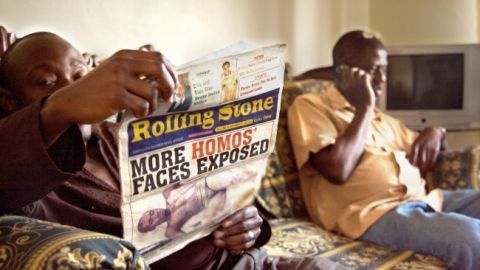 In 2009, a bill in Uganda proposing death for HIV-positive homosexuals provoked a global outcry.

With persecution of ‘kuchus’ ongoing, this powerful debut from co-directors Katherine Fairfax Wright and Malika Zouhali-Worrall puts a human face on the issue.

It shows the courageous work of Uganda’s activists, led by the steady, determined and gently witty David Kato, who was brutally murdered during filming.

Opponents of gay rights appear in many forms, not least the evangelists who reveal homophobia’s colonial roots.