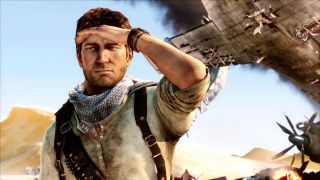 This may shock you, but there used to be a time when all Naughty Dog was known for was a docile, bright orange rodent with a driver's license. Nowadays, Naughty Dog A.D (After Drake) is synonymous with a completely separate genre thanks to its brazen adventure franchise Uncharted. As a result of its experiment into Indiana Jones-style action-adventure, Naughty Dog is now highly regarded as one of the best studios in the business and certainly considered best-in-class when it comes to crafting versatile cinematic narratives. The Uncharted series dished out consistently exciting third-person action simulators with impeccable detail - all the while balancing emotional narratives about love and loss. With the series all wrapped up in a neat bow now, we thought it’d be best to jog our collective memories and rank the best Uncharted games to the worst.

Before we start, it’s probably fair to point out that coming last in a list of the best Uncharted games is almost an honour in itself given the level of quality they achieve. Uncharted: Golden Abyss is a PS Vita exclusive developed by SIE Bend Studio, who later went on to develop its own AAA third-person action game in Days Gone. Given the barometer set by the franchise, there really isn’t much wrong with Golden Abyss. At the time, it looked incredible close up for a handheld and carefully recreated the hallmarks of the trilogy of Uncharted games that came before it.

Unfortunately, some of the cinematic flair had to be mitigated to accommodate the jump to a handheld device - the story ultimately falls flat in spite of some fantastic set pieces. Yet, if you think about what the developers set out to do with Golden Abyss, it’s a calculated success. It still feels very much like Uncharted, but it was always destined to sit in its shadow given the downgrade in scope. It sure could have done without the middling touchscreen Vita gimmicks though!

12 years ago now, a dream team of the now-revered Amy Hennig, Neil Druckman, Josh Scherr and Bruce Straley (as well as the rest of the Uber-talented Naughty Dog dev gang) brought Nathan Drake into the world with Uncharted: Drake’s Fortune. The game was clearly looking to fill the gap left behind by Tomb Raider’s mid-2000s drift into mediocrity, which is ironic given that Tomb Raider was later rebooted in 2013 and took a lot of inspiration from the Uncharted games!

Uncharted: Drake’s Fortune was revolutionary at the time, but sadly it ranks a bit lower than the rest in our ranking of the best Uncharted games because it really has not aged well. Whereas the later games can get away with the dedication to realism due to higher standards and improvements in systems and graphics technology, the first looks unappealing now, even in the remaster, and as a consequence it has failed to hold up as firmly as its sequels. Naturally, the introductory story doesn’t offer the same amount of nuance or character development as later games either, even if the interplay between the cast is still a lot of fun. The gameplay can also become quite monotonous if you’re used to the more frenetic and varied firefights offered by later titles in the series. It is without doubt worth playing if you want to see where the series started, but given the standard set by the rest of the series - Drake’s first adventure doesn’t quite compare.

A DLC expansion to Uncharted 4 that is essentially a full-blown standalone game, Uncharted: The Lost Legacy was an ambitious step away from the established formula, swapping out Nate for his old flame Chloe Frazer, a deeply compelling protagonist who is accompanied by Nadine Ross and Sam Drake from the fourth instalment - each character played wonderfully by Claudia Black, Laura Bailey and Troy Baker respectively. The dynamic duo of Chloe and Nadine engage in some “Archaeology” as they mow through legions of gun-toting grunts in an attempt to track down a tusk of Ganesh.

The Lost Legacy’s main innovation was in how it afforded players the ability to roam free in detailed open-world environments - an expansion upon one of Uncharted 4’s finest set pieces - Madagascar. Unfortunately, the narrative wasn’t quite as compelling as any of Drake’s adventures, and whilst the open-world exploration was a refreshing change of pace, it also allowed for a lot of lonely wandering that led to stunted pacing. The Lost Legacy is a bit too contained and similar to Uncharted 4 to stand out on its own against the mainline series, despite the gorgeous visuals, engaging combat and impeccably written quiplash between Chloe and Nadine as they warm to each other over the course of the game.

This was Uncharted’s true moment in the spotlight - after the runaway success of Uncharted 2: Among Thieves, the third game had lofty shoes to fill, but by god did it try. The entire game is an adrenaline thrill-ride where you’re constantly left wondering what could possibly happen next. It’s engineered to make your jaw drop - everybody who has played this game will have vivid memories of careful escapades on a sinking cruise ship or hanging on for dear life from a crashing military cargo plane.

The fact that those memories are so dearly etched into our grey matter some eight years later is testament to the Uncharted 3: Drake's Deception legacy. The game received almost universal acclaim upon release, and without conjecture, it totally deserved it. The visuals were best-in-class, as were the cinematic set pieces. Environment design was impeccable, with a remarkable amount of detail put in to making each jaunt on this globe-trotting adventure authentic and distinguishable. Sure, the script wasn’t as interesting as its predecessor, but where it lacked in true character-defining moments it made up for in pure spectacle. This was Uncharted at its most popcorn - the big beefy, unmissable blockbuster of the quadrilogy that, for your money, is the best Indiana Jones experience this side of the millennium.

Uncharted 4 was where the series turned to face the strange, looked at all of the limiting labels that was trapping it and firmly shook them off, delivering a deeply human and affecting adventure - without a shadow of a doubt one of the best games ever made.

Fresh off the back of The Last of Us, Drake’s fourth and final escapade marked a moment in time where the series decided to grow up in an uncompromising, holistic fashion. As well as the peerless graphics and refined combat, Naughty Dog did away with the daft supernatural trimmings that had been dumbing the series down - they let the lost cities and pirate treasure stew in the background as the characters and their strained relationships took centre stage. At the start of the story, Drake isn’t half-dead hanging out of a train car, he’s playing Crash Bandicoot with his wife.

By making the bold decision to put this treasure hunter’s glory days behind him - and subsequently introducing his blood brother to pull him back out for one final score - the Uncharted series finally dealt with its own blockbuster dissonance and supplied a believable, refreshingly human escapist fantasy that wasn’t forced to mitigate emotional resonance for spectacle.

Uncharted 4 actually has both in equal measure, and it’s the only game in the series that can rouse floods of tears, with the (grounded in historical text, mind you) story of Henry Avery and Thomas Tew running in tandem with two instinctively adventurous brothers reconciling their tortured past. Nate is a man at war with himself in Uncharted 4, forced to endanger the comfortable family life he’s built by the burning embers of adventure in his heart that he knows he can’t ignore - and that epilogue… Farewell, Nathan Drake. It truly was greatness from small beginnings.

One of the best action games ever made is turning 10 years old in October. It’s as simple as that really - Nathan Drake’s Nepalese nightmare is one of the finest AAA experiences yet, a game that could be mistaken for cinema at almost every frame. Each chapter of Uncharted 2: Among Thieves is a masterfully written piece of a deliciously moreish narrative pie, a satisfying adventure with plenty of heart that unravels at a blistering pace, moving the player from set piece to electrifying set piece, often involving trains and shooting powerful rifles from behind carefully placed wooden crates…

Seriously though, it's very difficult to top the introduction to this iconic game, a snowy scene which saw Nate waking up from a snooze covered in scars, precariously dangling off the edge of a cliff in a train car. Somehow, that isn’t all of the adrenaline-pumping gameplay used up in one go - the rest of the game keeps pace as the combat thickens in difficulty and the plot tumbles into surreal depths, whilst also balancing out with some excellent comedic moments. Uncharted 2 also perfected the series multiplayer experience, and gave purchasers a compelling reason to keep coming back once the main campaign was all wrapped up.

Uncharted 2 didn’t just raise the bar for video game narratives, it punched it into the sky - sending out a shockwave that will no doubt influence single-player games for the next generation and beyond.