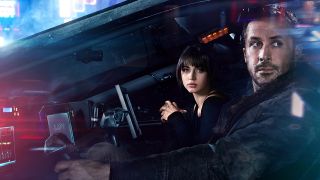 With Altered Carbon now streaming on Netflix and the Duncan Jones-helmed Mute on the way, February very much feels like a good month for cyberpunk. But what does this fascinating sub-genre of sci-fi actually stand for? I’m sure, for most of us, the word immediately conjures up images of futuristic Tokyo-esque megacities, brimming with neon lights and rainy, dark alleyways, but that iconic aesthetic - as first popularised by the original Blade Runner - is neither an exclusive nor necessary ingredient to making a great cyberpunk movie.

Cyberpunk is sci-fi with sharply critical social commentary, a piece of work that refuses to ever indulge in the utopian fantasies of the future, but instead ponders how society’s obsession with technology might come at a cost to our own humanity. Most cyberpunk movies don’t usually have a happy ending, then, often dealing in shades of ambiguity and blurred morality that makes you question everything you just saw. So, if you’re planning on watching our following selection of the best cyberpunk movies out there, perhaps intersperse your binge with the odd viewing of Tomorrowland or Wall-E, just so you’re not left feeling too depressed about the future of humankind.

Here’s a fact that will make you feel old; The Matrix celebrates its 20th birthday next year. Yet, by some magic, the movie’s blend of high-concept action and industry-leading CGI still impresses even when compared with some of the equally highbrow sci-fi movies of the 21st century.

The Matrix remains a significant technical milestone for filmmaking, and it’s still the best thing The Wachowski siblings have ever made, but a lot of its style and substance owes a debt to a cyberpunk heritage that’s clear from the opening moments. Future sequels in the trilogy had their good and bad moments, but it’s the first and the original Matrix movie that dodges every potential bullet and succeeds as an elaborate and operatic circus of cyberpunk madness.

Peter Weller apparently hated working inside the RoboCop suit, but cinephiles will be forever thankful that he did, as his performance was a crucial part in the creation of a new cyberpunk icon, one that still delights and scares us in equal measure. We know that the cyberpunk genre is one which likes to talk politics, but few juggle with as many heavy topics as RoboCop, even if it only breezes through most of them in its focus on over-the-top action and elaborate special effects.

There’s introspections on capitalism, the police state, authoritarianism, justice, the media, the nature of the soul, and much more, but you’re just as likely to remember the movie for its overindulgent pulp rather than its subliminal messaging, such as the scene where Paul McCrane has a nasty incident with a vat of toxic waste. Director Paul Verhoeven balances the serious with the stupid in a way that only he ever could have, which is where the poe-faced 2014 RoboCop reboot clearly went so wrong.

You can tell the 2012 Dredd movie is committed to its source material because you never see anything of Karl Urban beyond his forever grimacing chin. Unlike the misguided Sylvester Stallone-led adaption of the mid ‘90s, Urban keeps his law enforcement helmet on as Judge Dredd for every delicious minute of this guilty pleasure siege movie, which is essentially RoboCop meets The Raid.

Like the wasted landscape of Mega-City One itself, Dredd is grungy, bombastic, and completely bonkers, uncompromising in bringing the pages of the pulpy 2000 AD comic book series to the big screen, box office be damned. And damned it was; Dredd made little impact with its theatrical release, but has already gone on to become something of a cult classic, making this a perfect choice to add to your cyberpunk Blu-Ray collection.

While cyberpunk had existed in literature and, to an extent, cinema long before Blade Runner hit big screens in 1982, it was Ridley Scott’s adaptation of Philip K. Dick’s dystopian epic that would become the new touchstone for the genre for decades. While its bleak vision of 2019 didn’t quite turn out as accurate (unless the world goes full-on apocalyptic over the next 12 months), its central themes around identity, artifice, and the God complex only feel more potent and cautionary today.

And the entire thing looks magnificent, of course; we never do get to see those attack ships off the shoulder of Orion or C-beams glittering in the dark near the Tannhäuser Gate, but Scott’s emboldened cinematic vision of future Earth makes us damn well certain of their existence.

Snowpiercer probably passed by you when it first came out in 2013, and that’s because it didn’t come out. Well, not really. It saw an extremely limited release in the US, and failed to hit UK theatres at all, following various disputes between distributors and director Bong Joon-Ho. That’s a shame, because Snowpiercer is an absolute riot of a good time, and quite possibly the only cyberpunk movie not set in an urban jungle.

Instead, it depicts a fractured society boiled down to the confines of a locomotive, with the ‘haves’ living at one end and the ‘have nots’ living in the other. Naturally, a revolution ensues, and who better to ignite the fires of change than Captain America himself, Chris Evans? As you’d expect from a cyberpunk flick (there's elements of steampunk there too), Snowpiercer uses make believe as a platform to grapple with the real world, dissecting issues of class, global warming, and even child exploitation, but Joon-Ho’s wild direction makes this one hell of an interesting action movie too. Just don’t expect a sequel anytime soon.

Take any big sci-fi movie or TV show today, and chances are that they've been influenced by Akira in some way or another. Stranger Things, Star Wars, Altered Carbon… you name it. It’s a tremendously seminal piece of work, speaking in universal truths and bolstered by a timeless art style and boldness of direction that keeps people fawning over it still to this day. Like Blade Runner, Akira is set in a dystopian vision of 2019, except this time the city is Neo Tokyo, which looks as dazzling and marvellous as it sounds.

As far as cyberpunk movies go, its personal tale is less depressing than most, but Akira doesn’t shy away from the big topics either, presenting destruction and societal dischord as not just inevitable, but the eternal bedfellows to progress. A Western remake is currently in the works, as you’d expect given the state of Hollywood today, but it’s hard to imagine anything coming close to matching this cyberpunk spectacle.

It’s rather apt that Blade Runner 2049 is all about miracles, because the fact that this film not only exists, but comes this close to outshining its predecessor, is practically supernatural. No, it didn’t do well at the box office, but then again, neither did Blade Runner in 1982, and the factors that likely deterred audiences from paying for a ticket  - its slow-burning pace, ponderous tone, and deliberately unsatisfying narrative - are precisely what elevates this work to a calibre that few other sci-fi films can reach.

Time will tell whether the consensus lies in favour of 2049 over the original Blade Runner as the superior movie but, one thing’s for sure, they’re both thoroughly deserving of each other.

Another Philip K. Dick adaptation, Total Recall ticks all the boxes in the cyberpunk checklist. Malicious, conglomerate corporations? Check. An amnesiac protagonist suffering from an identity crisis? Check. Random sprinklings of body horror and shocking violence? Check aaand check. Once again a product of 'go big or go home' director Paul Verhoeven, Total Recall was one of the most expensive movies of its time, and you can tell.

Grandiose set furnishings, state of the art prosthetics, and one of the most in-demand talents of the era; Schwarzenegger himself. It all makes for one hell of a good time, and it’s about as ostentatious and histrionic a cyberpunk movie can be. Arnie, meanwhile, conveys more emotional range in the space of two hours than he ever did throughout the entirety of the 1980’s, and the fact that he’s clearly along with the absurdity of it all makes it all the more entertaining.

No, we’re not talking about the watered down Ghost in the Shell remake of 2017, but the far superior Japanese anime of 1995. Ghost in the Shell was ahead of its time as one of the first adult animations to reach a level of cinematic pedigree equal to any other live-action movie of the decade. It’s a spaghetti bowl of cyberpunk ideas with a distinctly Japanese flavour, telling a story that punches with as much emotional impact as it does thought-provoking clarity.

And then there’s Production I.G.’s groundbreaking animation style, which ebbs and flows across the screen, forever mesmerising and entrancing you into its mysterious world. In another universe, the Scarlett Johansson reboot could well have been amazing but, even if it had, it could never hold a candle to what the original Ghost in the Shell accomplished.