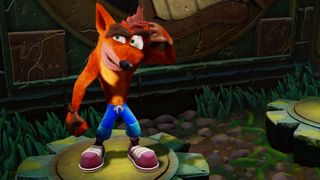 In recent years Activision has been taking us on a welcome nostalgia trip with remasters of some of its much loved classic games like Crash Bandicoot N. Sane Trilogy and Spyro Reignited Trilogy. Off the back of the success of reviving these golden oldies, the studio has plans to release more remasters of its older IPs in future. During a recent Q&A call the studio held answering questions relating to its financial earnings for the 2nd Quarter, Activision president Rob Kostich answered a question about the studio’s plans to remaster more titles given the success of its previous releases.

Kositch said both remasters have been incredibly well received by players and sales have been strong since both games launched, which reaffirms “the enduring nature of these franchises.” Due to the overwhelming success of the games, the studio is apparently set on bringing us more in future. "Stay tuned for future announcements on remasters of other franchises,” Kositch said.

There are so many games the studio could give a new lease of life to on today’s consoles. Reviving the Tony Hawk Pro Skater series would no doubt go down a storm, and lots of folks are also keen to get their hands on a remaster of the fan favourite Call of Duty Modern Warfare 2, which has been rumoured for some time. While we don’t know what to expect just yet, knowing the studio have set plans to revamp some of its classic games library is welcome news.