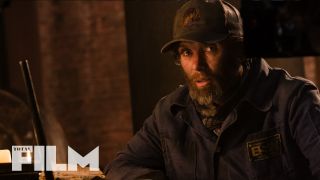 A Quiet Place Part II sees the surviving members of the Abbott family leaving the relative safety of their home to explore what remains of the outside world, following the invasion of sound-seeking extraterrestrials.

Treading carefully into the wider world means we’ll meet more characters than we saw in the first film, which focused almost entirely on the central family (and those aforementioned alien invaders). One such new face is Cillian Murphy’s Emmett, who’ll cross paths with Evelyn Abbott (Emily Blunt) and her children Regan (Millicent Simmonds) and Marcus (Noah Jupe).

As plot spoilers are being kept tightly under wraps, it’s not even clear if Murphy’s Emmett is going to be a friend or foe in this post-apocalyptic landscape. “I was blown away by [A Quiet Place]!” Murphy tells our sister publication Total Film magazine of the “unbelievably original” first film in their latest cover story.  “I was like, ‘I’m going to write an email to John Krasinski, because that was an amazing piece of work.’ So I wrote the email. And then I was like, ‘Ah, that’s so cheesy,’ and I never sent it. A year later, I got a call saying, ‘Would you be interested in A Quiet Place 2?’”

Determined to keep his character an enigma (“I hate spoilers, I don’t want to read anything about a movie before I see it”), Murphy says, “for me, Emmett represents where the heart of the world lies right now, which is: finally feeling like they’ve all given up. Here comes this girl [Regan] who allows you to believe in more, and allows you to believe in yourself. That idea, I’ve always been really enthralled by.”