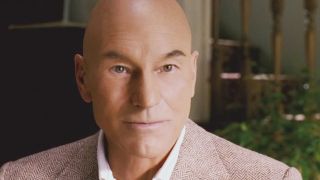 Flashbacks can be tricky. It’s tough to make your wise, gravitas-filled, 50+ year-old lead actor suddenly transform into a teenager with floppy hair and baggy t-shirts. Directors used to have to hire younger actors who looked similar to play the parts but now, thanks to the magic of CGI, the stars can just play themselves and be magically de-aged. Westworld did this spectacularly recently with Anthony Hopkins, but it’s not the first. Here are seven impressive CGI facelifts from the movies that will make you believe in time travel. Sort of.

Who: Michael Douglas as Hank Pym

Ant-Man actually begins in 1989 where Hank Pym, the original Ant-Man, confronts Howard Stark, Iron Man’s Dad, over S.H.I.E.L.D. utilizing his secret technology. Michael Douglas won the role of Hank Pym in Marvel’s 2015 movie so obviously for this scene, that had to make the actor look a lot younger. The de-aging here never looks unreal or too smooth, although having the scene set in a darkened conference room helps sell the illusion. Most of Douglas’ wrinkles are whisked away and his intense mile-long stare isn’t dimensioned.

Who: Jeff Bridges as Kevin Flynn

Jeff Bridges has the hard task of playing three versions of Kevin Flynn in Tron: Legacy. The first is his present day incarnation, another is a computer avatar of a younger version of himself represented in the Grid, and a third is a flashback to a scene that takes place between Tron and Tron: Legacy. Confused yet? Me too. Tron: Legacy’s best de-aging scene is the opening to the movie where a middle-aged Kevin Flynn explains the Grid to his son Sam. For much of the scene, you only see Jeff Bridges in profile with little lighting, but as he walks out the door, he turns around and we get a stunning look as his younger face. It’s very convincing and shows what Jeff Bridges looked like before he donned beards in all his post The Big Lebowski roles.

Who: Orlando Bloom as Legolas

According to The Hobbit author J.R.R. Tolkien, Elves can live to be thousands of years old, which causes a few issues when you come to casting them. When writer-director Peter Jackson decided to make Tolkien’s slim tome into a full-fledged trilogy, he decided to add in everyone’s favorite Elf from The Lord of the Rings Legolas, played by Orlando Bloom. Given that The Hobbit: The Desolation of Smaug is set many, many years before the events of LOTRs, and Elves don’t really age anyway, AND quite a few years had passed since Bloom filmed the final LOTRs movie, Jackson utilized heavy CGI to make Legolas appear as if he never aged. Bloom’s face has an ethereal quality to it which fits the character, and they added a slight glow around his eyes to keep Legolas looking consistent to his appearance in The Lord of the Rings trilogy.

Who: Arnold Schwarzenegger as the Terminator

Terminator Genisys leans into the time travel aspect harder than any other movie in the franchise, so the fact that Arnold Schwarzenegger is A LOT older than he was when he made the 1984 original wasn’t the only issue. While they explained away Schwarzenegger’s more haggard appearance with the excuse that the T-800 is covered in human tissue… which ages, there’s a scene early on which sees an older Schwarzenegger T-800 fight a 1984 CGI Schwarzenegger T-800. The digital likeness of the younger, leaner Terminator is much better than a similar attempt in Terminator: Salvation. Plus, it’s rare to see a CGI de-aging scene which involves action and explosions; most of the time, it’s just two people chatting to each other in a static scene, which is much easier to pull off.

Who: Paul Reubens as Pee-Wee Herman

Pee-Wee Herman, played by Paul Reubens, is a skinny, well-dressed man who acts like a giggling little boy and has a penchant for dancing on tables. Despite that description, it was popular enough to have a third movie in the works for decades, but it wasn’t until Judd Apatow and Netflix got together this year that Pee-Wee’s Big Holiday came to life. Although it’s not that noticeable, CGI de-aging is used to make Pee-Wee appear just as he did in his last theatrical feature Big Top Pee-Wee in 1988. It’s a smart move for a character who acts like a small child with a large dollop of youthful optimism. Although not completely necessary, the de-aging helps sell the illusion that this is the same Pee-Wee Herman fans know and love.

Who: Patrick Stewart as Charles Xavier and Ian McKellen as Erik Lehnsherr

X-Men: The Last Stand is a movie with a lot of problems, but its famous CGI de-aging scene isn’t one of them. Early on in the film, we get a flashback of Charles Xavier (Patrick Stewart) and Erik Lehnsherr (Ian McKellen) trying to recruit a young Jean Grey. In a bold move, director Brett Ratner shoots the scene in broad daylight as if to show off the CGI, which is usually a big no-no. The younger Patrick Stewart is a bit more convincing than the younger Ian McKellen, mainly because Stewart’s appearance hasn’t changed too much over the years, but they both work well, with with Stewart and McKellen’s strong acting chops rounding out the scene.

Who: Brad Pitt as Benjamin Button

The Curious Case of Benjamin Button is a rare drama which relies on a lot of special effects. Director David Fincher uses CGI in nearly every scene to spin the yarn of Benjamin Button, a baby born with the features of an old man. As he grows older, his features become younger while other people marvel at his reverse aging process. Despite being released in 2008, most of the aging effects work well with the exception of the really early old man sequences that come off as far too cartoony. The true highlight is when we see Brad Pitt 'age' into a man in his late twenties; Pitt looks like the spitting image of himself in A River Runs Through It or Legends of the Fall.