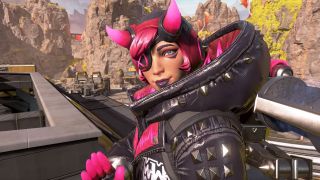 Apex Legends season 3 may not have been universally adored by the Apex faithful, but it was the season that finally got me hooked onto Respawn's battle royale. Though the game originally launched in February 2019, upon which I invested a fair amount of time into its unique brand of fast-paced deathmatches, it wasn't long before other new releases ultimately saw it booted from my hard drive for the better half of a year.

Neither the game's first nor second seasons were enough of a draw to pull me back into the fray, either, but the addition of a brand new map in Apex Legends season 3 peaked my interest. Few battle royale games have introduced a fresh arena so early into their lifespan, instead choosing to remix existing terrain with new points of interest and environmental features.

World's Edge, on the other hand, looked so radically different from Respawn's launch map, Kings Canyon, that I couldn't resist giving the game another look. Months later, and I'm doggedly climbing up Apex Legend's competitive rankings, regularly checking into Apex University for advice on how to up my game, and spending almost 100% of my down time main-ing Octane and immersing myself in the meta of Respawn's ever evolving live service.

One year of Apex Legends: Wins, losses, and what's to come

Apex Legends season 4 has thus launched at a time when I'm more invested in the mechanics and nuances of Respawn's shooter than ever before, where the small, under-the-hood tweaks matter to me just as much as (if not more than) the grander, cosmetic changes designed to bring back fatigued players.

Ironically, that's turned out to be for the best, as season 4 is far less drastic of a shake-up – on its surface, at least. Introducing moderate terraforms to World's Edge, alongside a brand new hero and weapon, it's hardly groundbreaking stuff at first glance, but looking beyond the vale reveals that Respawn is far more interested in maintaining and enriching the equilibriums that work behind the scenes to sustain Apex's precious ecosystem.

With that in mind, let's forget about Revenant, Hammond Robotics, and that new battle pass for a second, and look at the permutations that Respawn has ushered in with season 4, crucially, starting with its arsenal.

The studio has thrown an entirely new form of ammunition into the mix, Sniper Ammo, where previously the long-range firearms would either use energy, light, or heavy bullets, depending on which gun you were using.

"Our goal here is to create a deeper, more balanced long range meta," explains Respawn in the season 4 patch notes. "Since snipers shared ammo types with SMGs and LMGs, there wasn't a great way to put ammo scarcity on sniper rifles without really penalizing the more ammo hungry weapons that used the same ammo type. So for Season 4 we’ve added a new class of ammo that [...] we hope will have players being careful about the shots they take and limit how long they can pressure targets at long range before having to reposition."

As someone who's been on both the receiving and delivering end of a trigger-happy sharpshooter, this revision makes perfect sense. Sniper rifles are some of the most powerful weapons in Apex Legends, especially given the amount of vantage points and open terrain across the map, yet Respawn's remedy isn't to respond with a flat-out nerf, but an in-game acknowledgement (a.k.a. separate ammunition) of their prescience in Apex's evolving meta.

This is also reflected in season 4's map changes, with the Planet Harvester turning World's Edge's centre into a maze of tightly packed chokepoints and corridors that push squads into close quarters combat, while also potentially sheltering said squads from other players with a hankering to pick off targets from afar without repercussions.

Respawn has also addressed player feedback regarding its Energy weapons – a firearm type that has divided the community since launch thanks to their heady blend of devastating power and critical imbalances. The Turbocharger Hop-Up, a Devotion and Havoc Rifle mod which reduced the weapon's charging delay, has been removed for season 4, while the Devotion itself can now only be acquired as a rare care package item. Energy ammunition itself, meanwhile, has been increased from 30 bullets per pickup instead of 20, in a bid to redress its scarcity.

The cumulative effect of these changes is obviously somewhat dependent on how the community reacts to them, but the intent is multi-faceted. Respawn wants its Energy weapons to be as appealing to Legends as any other gun type, subtly enhancing their perceived value by increasing access to ammunition, endowing their status with care package and Gold tier exclusivity, and removing Turbochargers entirely, thus making a statement about player's over-reliance on them.

It's Respawn's way of telling a story through its patch notes, one which states that the skill ceiling for Energy weapon mastery isn't high as players think. The jury, however, is still out when it comes to how much players will be happy to swallow that new narrative over the course of season 4's runtime.

Death comes for us all

Revenant's addition to the Apex universe makes more sense in light of these background permutations to the game's weapon hierarchy. Joining Octane and Wraith as a character ideal for aggressive, gap-closing playstyles, the blood hungry assassin accompanies season 4's map and energy weapon updates as a counterbalance to the new sniper rifle meta, ensuring the widened skill gap for sharpshooters is offset by a greater variance of pathways for close quarters combat.

Nothing's perfect in the world of Apex Legends, however, even when you consider all the improvements that season 4 has brought with it. Regular players are still clamoring for some seismic hero buffs to make Legends like Bloodhound and Mirage more viable, while there remains an ongoing debate around character hitboxes (i.e. whether larger combatants like Gibraltar should be buffed to offset their heightened vulnerability) that is yet to be resolved.

But if season 4 is an indication of anything, it's that Respawn is thinking long and hard about the impact of each and every post-launch decision, and how they approach development with the game's long-term future in mind. In other words, the studio's no longer worrying about just getting the next content drop out the door to satiate player appetite, but thinking above and beyond the immediate.

While chinks in the armour remain, the fruit of Respawn's latest efforts are worth celebrating, especially for those - like myself - who see themselves dropping into Apex Legends for the foreseeable future. Season 4 may be less showy than the seasons before it, but the implications for Apex's health as we enter the next generation are profound.