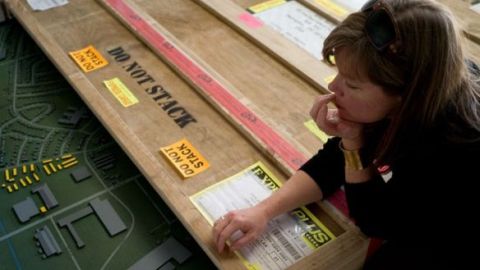 Documentary-maker Amy Berg doesn’t do flashy - nor does she intrude herself into her films. She relies on newsreel, straight-to-camera interviews and the steady accumulation of testimony.

But - as her debut, the 2006 Deliver Us From Evil about a paedophile Catholic priest, made clear - there’s no lack of passion behind her sober methodology.

Her subject this time around is what became known as the case of the West Memphis Three (already the focus of Joe Berlinger’s Paradise Lost trilogy).

In May 1993, the bodies of three eight-year-old boys were found naked and hogtied in a ditch in West Memphis, Arkansas, covered in deep lacerations.

Amid lurid allegations of a Satanic cult and on minimal evidence, three local youths were found guilty. One, Damien Echols, was sentenced to death, the two others to life imprisonment. It would take 18 years, and the unearthing of new evidence, before the WM3 could finally walk free.

And even then, thanks to a bizarre anomaly of US law, they were still officially guilty... Berg’s involvement came via producers Peter Jackson and Fran Walsh, WM3 supporters who enlisted Berg in 2008 when new DNA evidence in the case came to light.

Though you’d think the Paradise Lost films would’ve covered every base, Berg’s enthralling treatment makes her film look anything but redundant.

In the first half we see the dogged erosion of the skewed prosecution case. The second half homes in on a man the filmmakers suggest as the real killer, stepfather of one of the victims.

There are clear parallels with Errol Morris’ groundbreaking The Thin Blue Line , which likewise targeted a miscarriage of justice and fingered the real culprit - though here, for diverse reasons, we’re never granted the same sense of closure.

And in a banner year for documentaries, it more than holds it own against stiff competition.