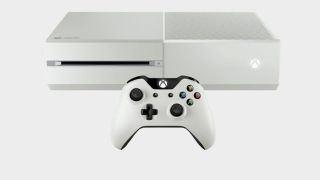 Xbox One keyboard and mouse support is still on the way according to Mike Ybarra, corporate vice president of Xbox and Windows gaming.

Speaking at this year's PAX West, Ybarra reiterated that "keyboard and mouse support is defintely coming." However, given the concern many have over how that will affect online balance, he adds, "we have to be very smart in how we do that."

"A lot of people tweet me and say ‘you can’t do this’ because of fairness," Ybarra admits. "We understand that; we run two platforms - the windows platform, the Xbox platform. When we bring keyboard and mouse we’ll coach developers and say ‘look you’ve got to think about your multiplayer pools.’ If you have a competitive game people probably are going to want the choice to say ‘I’ll play with only keyboard and mouse people, I’ll play with only controller people, or you know what, I’ll play with any of those.'"

As for when you'll actually get the chance to try out a more PC-style control method on console, Ybarra says "you’ll see our first games supporting keyboard and mouse soon. I can’t announce what that is, but soon." Once the feature arrives on Xbox don't expect to see it become mandatory as Ybarra says, "we’ll leave it a lot to developer choice [and] based on interest they’ll chose to do mouse and keyboard going forward, or not."