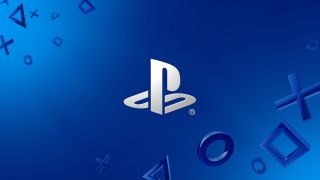 You might think you know your PS4 inside and out, but – sadly – it's often those that we love dearest that are the ones hiding the biggest secrets from us. Case in point? Yesterday, a Redditor by the name of RockyBalbubba posted an admission on the PlayStation Reddit page, and it sent the community into meltdown mode.

"Ive [sic] a had a PS4 for almost five years", reads the post, "[and] I just now learned if you select a hidden trophy and press square it'll tell you what the trophy is." Less than 24 hours later, and RockyBalbubba's truth bomb has over 26,000 upvotes and 1,400 comments, many of which are PS4 owners admitting that they've been equally clueless this entire time.

10 tips, tricks and secrets to make the most of your PS4

The page quickly turned into a thread of people sharing some of the most secret PS4 tips that can transform the way you can use Sony's flagship console. For instance, did you know your DualShock 4's life bar is actually speaking to you? According to kingbankai, "if your controller is charging, the slower it pulses the closer it is to being fully charged." Game. Changer.

Speaking of hidden trophies, a comment from Dark_Pump has brought to light the fact that "if you hit options after revealing [a hidden trophy] theres a "search internet" button and that'll take you to a web page filled with guides for the trophy." That right; the age of double screening between your phone and your TV for defeating that one boss that's making your life a nightmare is finally over.

The Reddit thread contains dozens of incredible life hacks to improving your time with this generation's best selling piece of gaming hardware, and we'd recommend reading up on them all, even if you think you're a PS4 pro. To be honest, it's almost a shame that so many people have only just learned about these tips in the console's remaining twilight years. Better late than never, I suppose.

For more, check out all we know about the PS5 so far, or watch our Release Radar update below for a guide to everything else out this week.