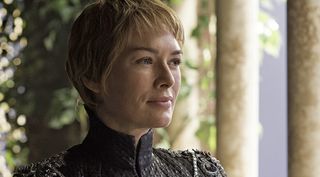 Game of Thrones' fantastic sixth season concluded a few hours ago, and it's safe to say the extended finale wrapped things up with a bang. Our own thoughts on the epic 69 minute episode are here, but you can check out the best spoiler-free fan reactions below. Enjoy.

All sins are forgiven. That was the greatest Game of Thrones episode to have ever aired.June 27, 2016

Plus, whoever made the music for the #GameofThrones finale deserves an Emmy. Or a Golden Globe. Or both. Music was incredibleJune 27, 2016

I had to pause #GoTFinale several times because I can't take that much WTF-ness all at onceJune 27, 2016

The last two episodes of #GameOfThrones were two of the best of the whole series, if not, the two best of the series. Amazing storytelling.June 27, 2016

That finale cleared my skin, brought my childhood pet back from the dead, satisfied me sexually and paid off my college loans #GameOfThronesJune 27, 2016

when you realize tonight's #GameofThrones episode will be the last of the year pic.twitter.com/bX89UZKchQJune 26, 2016

My face when I realized I have to wait 10 months for the next season #GameofThrones pic.twitter.com/DwohhfWqMCJune 27, 2016

When you realize you have to wait til April 2017 for the next season #GameofThrones pic.twitter.com/PDj2dhiPjjJune 27, 2016