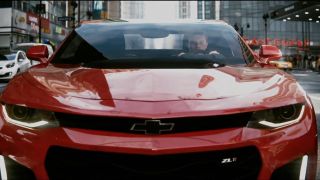 Every time I thought Ubisoft's The Crew 2 presentation had revealed all the motor vehicles I knew existed, another one appeared: cars, rally bikes, planes, boats, helicopters. At one point, there were even hot air balloons in the background, although I’m not sure that a) you can race a balloon or b) they even count as motor vehicles. You get the idea. If it goes fast and has fuel in it, then it’s almost certainly in The Crew 2.

The range of locations is similarly varied. As well as tight cities for reckless street racers, there are rolling green hills suitable for off-road rallying. Boats will race on tumultuous seas, vicious rapids, and narrow rivers. Planes, somewhat predictably, are limited to the skies, but the trailer showed them racing under bridges and between skyscrapers. There were also a suspicious amount of animals, including bears, horses and birds. Almost as if the trailer was saying: "pay attention: we’ve added loads of animals.” Well, it worked, and it makes some already-beautiful locations feel that much more alive.

Matt is GamesRadar's senior commissioning editor. His ideal game would be a turn-based beat 'em up set in Lordran, starring Professor Layton and Nico from Broken Sword. There would also be catapults and romance.