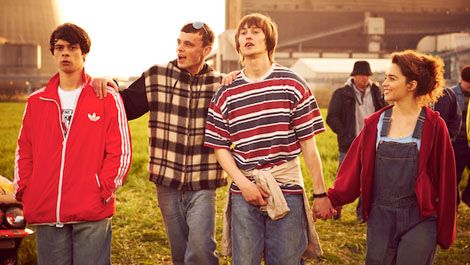 Where Shane Meadows’ Stone Roses doc Made Of Stone was all about the band, Mat Whitecross’ coming-of-ager is all about the fans – specifically teenager Tits (Elliott Tittensor) and his pals’ attempts to snag tickets to the Roses’ legendary 1990 Spike Island gig.

The plot frays long before the boys take a wrong turn en route to the Cheshire venue, and there are some horribly clunky dialogue-to-song segues.

But the cast add uplift (including Lesley Manville as an unlikely film-stealer), while Whitecross’ stylized flourishes – and a great soundtrack – highlight how music can shape the landscape of young lives.

Like the Roses’ career, this baggy love-in is saggy but also energised and endearing.