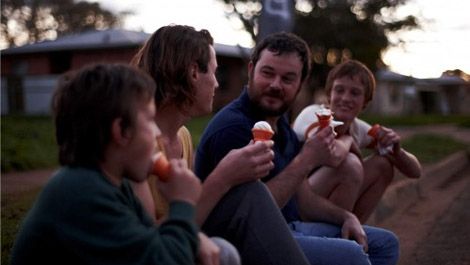 It’s a trick Kurzel repeats often, promising juicy (if disgusting) morsels then withholding them from the audience for maximum effect. Based, like Henry: Portrait Of A Serial Killer , on real events, Snowtown is set in slums straight out of Animal Kingdom , with which it shares a painfully inexpressive central character at the mercy of his poisonous extended family.

In this case it’s troubled teen Jamie Vlassakis (Lucas Pittaway) who can only watch, wonder and obey as the charismatic John Bunting (the extraordinary Daniel Henshall) inveigles his way in as de facto stepfather. Although he seems affable enough, Bunting’s actually a vicious murderer intent on cleaning the streets of paedophiles, homosexuals and wastrels. And he has no compunction about training up Jamie as an accomplice.

One disconnected sequence shows Bunting disinterestedly munching an egg mayonnaise sandwich while a morbidly obese woman undresses in front of him. Another features one of the most protracted acts of torture seen in some years, lengthened by distressing will-he-won’t-he? feints.

Whatever you make of Kurzel’s methodology (not to mention Bunting’s), there’s no denying that the director has a talent for telling details, and the film’s combination of raw performances, unobtrusive, over-theshoulder cinematography and unflinching darkness will snare even the strong-stomached like snake food.