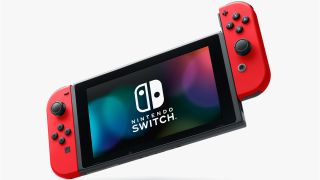 According to a screenshot snapped by French gaming site NintendHOME (and picked up by a ResetEra user), Nintendo Switch is finally getting a YouTube app this Thursday. NintendHOME shared an image of a button reportedly seen on the official Nintendo of America website, which lists YouTube as a recommended app for Switch, complete with a November 8 release date. Here's the full tweet (translated by Google) for context:

"The YouTube app should arrive on Nintendo Switch, more precisely on November 8, according to the Nintendo America website."

This button is said to randomly appear on Nintendo's website, but I haven't been able to get it to show up myself. And if you're wondering, no, there's still no trace of YouTube in the eShop. However, while they didn't share another image or any other evidence, an admin on ResetEra also said the release date NintendHOME shared is accurate. Of course, Nintendo hasn't confirmed or announced anything, so as usual, take this kind of rumor with a grain of salt.

I've always respected Nintendo's willingness to make explicitly gaming-focused systems, but there's no denying how convenient it is to be able to use your PS4 or Xbox One as a media hub. I'll probably keep using my Switch exclusively for games, but it's nice to see the system add some staple apps to its roster. At the moment, the only proper media app on Switch is Hulu, so even if YouTube is added this week, I suspect many users will still be asking for Netflix for the near future.

Here's everything you need to know about Nintendo Switch Online.