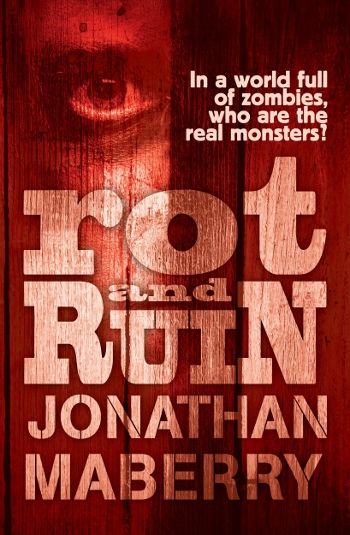 Poor old zombies. They’re generally seen as just walking meat, fit only for having their heads blown off. But what if people treated them with the respect usually afforded the deceased?

That twist lends Jonathan Maberry’s Young Adult novel, set 14 years after a zombie outbreak, some welcome originality. It’s personified in Tom Imura, who earns a crust tracking down zombified relatives, reading messages from their loved ones, and “quieting” them with dignity.

Not all bounty hunters have such respect for the dead, though... or for the living. The plot is driven by the existence of the secret “Gameland”, where kidnapped kids are taken to fight the undead. That’s a rather over-familiar idea, so it’s a relief that it remains unseen.

A little too much of the picture is sketched in via lectures, as Tom educates 15-year-old brother Benny in the ways of the world beyond the fences. Still, Maberry deserves credit for finding new angles to explore, and some clever details (like bite-proof “carpet coats”). And the way he captures the inarticulacy of lovestruck teens means that the inevitable romantic subplot doesn’t cause you to emit an undead groan.