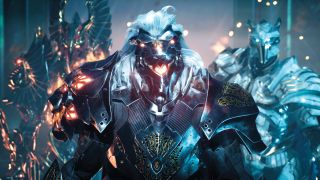 Sony will reportedly have "PS5 only" launch titles that won't be playable on PS4 or any other platform, according to new information from industry source Jason Schreier.

Speaking on Kotaku's Splitscreen podcast (from around the 29:00 mark), Schreier revealed that Sony intends to launch its next-gen console with a number of exclusive games that can't be played anywhere else, placing it in stark contrast to Microsoft, which has recently confirmed that every Xbox Series X game for the next few years will also be playable on Xbox One and PC.

What these PS5 launch games are, of course, is anyone's guess. But, rumours of Horizon Zero Dawn 2, God of War 2, and more suggest that we could be in for a stellar few years of first-party PlayStation experiences.

In the meantime, reports have suggested that a special PlayStation Meeting will be taking place sometime next month, during which Sony will reveal everything you're desperate to know about its upcoming successor to the PS4.

Unfortunately, this also potentially means that PlayStation will potentially be skipping E3 for a second time this year, but both of these reports have yet to be validated or confirmed by Sony itself.

With that in mind, stay updated with all next-gen news in the coming weeks and months on GamesRadar+, where we'll be covering the entire saga from reveal to launch day and beyond.