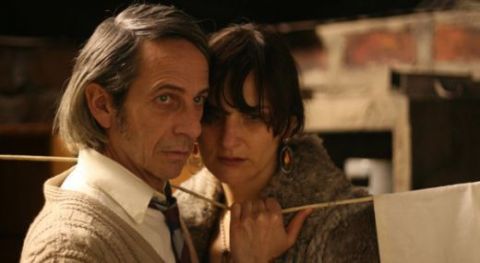 Like Tony Manero, Chilean director Pablo Larraín’s previous film with lead Alfredo Castro, this is a chilling portrayal of a deeply unsympathetic protagonist.

Unfolding in Santiago during the 1973 military coup against President Allende, it follows the ghostly figure of coroner’s assistant Mario (Castro), who begins an affair with the washed-up cabaret dancer (Antonia Zegers) from across the street.

Shot on grainy 16mm in a slurry of beiges, browns and greys, it’s an expertly controlled work.