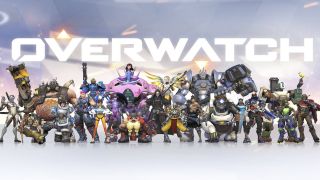 If you're waiting on Overwatch hero 31, get ready to wait a bit longer. As director Jeff Kaplan explained in a recent Overwatch developer update, hero 31 is most certainly on the way, but "he is going to be released a little bit later than you're used to."

For the past three years, a new Overwatch hero has been released around mid-July. We had Ana on July 19, 2016, Doomfist on July 27, 2017, and Wrecking Ball on July 24, 2018. Given this pattern, most players expected hero 31 to come out in the next two weeks or so, but it sounds like he'll slip into August.

"If some of you have tracked us over the years on what we release when, you're probably anticipating a hero release sometime very soon," Kaplan said. "Don't worry, we are working on a hero. Hero number 31 is going to be awesome, but he is going to be released a little bit later than you're used to. He'll be here soon enough, so don't worry. We think a little bit of extra time is going to make the hero even more awesome."

Fortunately, Kaplan also said the Summer Games event has been moved up the schedule, which should help tide you over in the meantime. Blizzard's also making a big change to this week's Summer Games event: every week that the event is live, players will get access to a new mini-challenge which unlocks an Epic Summer Games skin. This should give players a more direct path to the fun-in-the-sun skins that make the event what it is. Here's hoping hero 31 is out in time to soak up some rays.