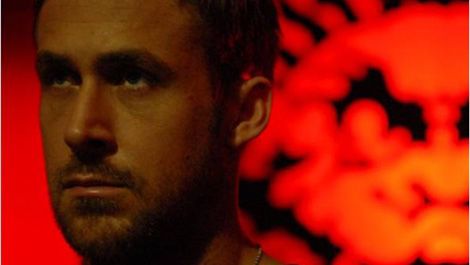 Only God forgives? That might be true, as you can be certain that a good portion of Ryan Gosling’s fanbase won’t let director Nicolas Winding Refn off for this disturbingly ultra-violent and decidedly un-sexy follow-up to their spellbinding 2011 collaboration, Drive .

Here, Gosling’s character Julian, the owner of a Bangkok boxing club, is not a stunt-driving, scorpion-jacket-wearing badass, but a near-monosyllabic, prostitute-using drug dealer browbeaten by his mum. Mind you, who wouldn’t shudder at the sight of Kristin Scott Thomas’ terrifying Crystal?

If Gosling’s silent witness is almost a bystander in his own story, Thomas’ matriarch is a force of nature, allowing the actress to destroy her cut-glass image by delivering a tirade of ear-splitting expletives.

She arrives in town after her eldest son Billy (Tom Burke) is murdered. Why? “He raped and killed a 16-year-old girl,” Julian tells her. “Well, I’m sure he had his reasons,” she hisses back.

Behind Billy’s murder is Lieutenant Chang (Vithaya Pansringarm, excellent), a ruthless police officer also known as the ‘Angel of Death’ who floats around Bangkok dispensing his own warped form of justice. Crystal commands Julian to take down Chang, whom she fears is coming for her; but when it comes to dispensing violent retribution, it seems she may have been left with the wrong son...

What follows is a tale that chucks themes of honour, family and vengeance into a blender and seasons with cover-your-eyes bloodshed and brutality.

If Drive was Winding Refn at his most retro-cool, this sees him heading back towards the audio and visual atmospherics of Fear X (2003), drenched in dread and bathed in red.

Plot and character are bare-bones minimal – much more so than Drive and far closer to something like his 2009 Viking film Valhalla Rising .

Some will hate Only God Forgives , and rightly, for its misogynistic leanings; but there can be no question, despite his irksome tendency towards pretension, that Refn is a whiz when it comes to stylistic control.

What it lacks is a moral core and characters who are more than just ciphers.

It’s no Drive , and even hardcore fans will struggle to love a film that’s as mad as a bag of prawn crackers, but as an exercise in style, it has many moments to savour.