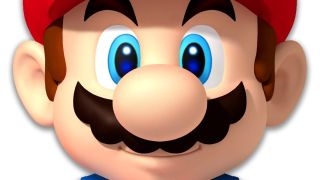 When we first heard that Nintendo NX would be a handheld system with detachable controllers, we only had anonymous sources to rely on. A newly published patent credited to Nintendo engineers lends some official credence to that general idea while introducing some new wrinkles.

The patent, titled "Accessory and Information Processing System", was dug up by NeoGAF patent sleuth Disorientator. The text of the patent itself (which was filed in Japan back in February 2015) is typically verbose and circuitous, but the illustrations get the idea across pretty quickly. Keep in mind these pictures are just intended to demonstrate the idea, not what any potential products will actually look like.

Those little numbered squares in the illustration aren't a typical data port, they actually represent an infrared camera. The big idea of this patent is that the controller could use said camera to read mechanical inputs from an attached controller accessory by bouncing infrared light off of reflectors in the guts of the controller. Much like how New 3DS systems can track your eyes for their Super-Stable 3D feature.

This could help Nintendo save on costs for the controller accessories, since the button portions wouldn't need to be wired up and powered to transmit inputs. With these components cheaper and easier to manufacture, Nintendo could put out a variety of styles like it does for New 3DS faceplates. The patent even briefly addresses using the same side-mounted infrared camera for Kinect-style hand tracking, though that's elaborated on more thoroughly in two other patents.

According to that initial report I mentioned up top, Nintendo NX is set to be officially revealed in September, so hopefully we'll get a concrete look at the system very soon. I'm withholding judgement until then, but everything I've heard so far has me very eager to see Nintendo's next system in the actual plastic. It will probably still be plastic, right?