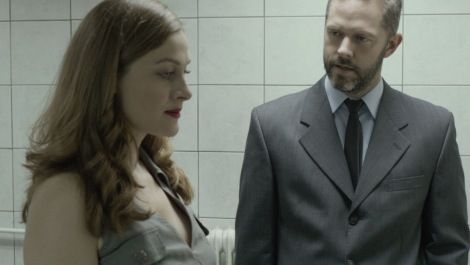 Confrontational, both in form and content, Greek writer/director Alexandros Avranas’ chillingly controlled family drama begins with a young girl’s suicide, before unravelling the horrors that forced her hand. At the centre of this sinister web sits ‘Father’ (Themis Panou), a softly spoken disciplinarian who makes his ‘children’ complicit in their own abuse.

Presumably these patriarchal evils are meant to have allegorical echoes in the world outside, but the film, like its characters, barely leaves the flat, its troubling tension deriving – as in Markus Schleinzer’s 2011 Michael – from the certainty that the sublimated violence will engulf everything .