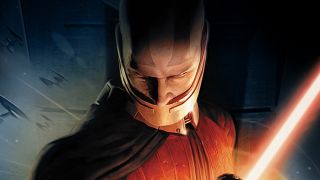 Ready for a trip back in time? Original Xbox games are about to become backwards compatible on Xbox One. Starting October 24, you'll be able to use your already-existing discs (if you've held onto them this long) or download more than a dozen OG Xbox games directly to your modern-day console. Time to party like it's 2001!

The list of original Xbox backwards compatible games available at launch is as follows:

The list leaked over the weekend, and was confirmed by Microsoft today via IGN. Many of the games can already be bought digitally for $9.99 on the Xbox Store, but all games are enhanced with 1080p resolution, faster loading times, and faster/smoother framerates. You can see two of the games, Fuzion Frenzy and Star Wars: Knights of the Old Republic, in action below:

Any games which supported System Link can still be hooked up and played, even across console generations. So if you still have an original Xbox lying around and multiple copies of, say, Crimson Skies, you could have one person playing on Xbox One (or Xbox One S or Xbox One X) and the other playing on the original Microsoft console.

Xbox platform lead Bill Stillwell told IGN that "A curated list of key games was the way to go with this," as not every original Xbox game can legally be brought up to modern day standards. Some publishers don't exist anymore, some contracts have been lost, licensed music might create a legal wrinkle, etc. Even so, I hope we can at least expect Microsoft-published titles like Halo and Blinx: The Time Sweeper (you laugh but it is a legitimately good game).

And once people get tired of these 13 blasts from the past, we've got a list of five original Xbox games we want on Xbox One.