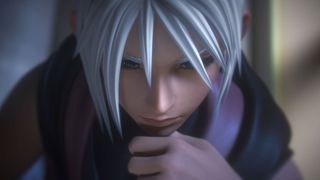 Project Xehanort is the working title for "an all-new Kingdom Hearts experience" hitting iOS and Android mobile devices in Spring 2020.

Square Enix made the surprise announcement on the all-new Project Xehanort Twitter account. There's also a new hub on the Kingdom Hearts website for the game that asks, "Why did he become the seeker of Darkness?" The new mobile game will presumably explain Xehanort's fall to darkness and transformation into a main antagonist of the Kingdom Hearts series.

Welcome to the official Twitter page for "Project Xehanort", an all-new KINGDOM HEARTS experience planned for Spring 2020! Read about our "Guess the Name" Twitter campaign on the Project Xehanort website: https://t.co/G8NEwhmS2Y pic.twitter.com/S5cWIyCdJNJanuary 23, 2020

Beyond the Spring release window, mobile format, and tagline, nothing else has been revealed about Project Xehanort yet. Square Enix has announced the 'Guess the Name Campaign,' which runs until Tuesday, January 28 at 6:59pm PT, and awards qualified winners for correctly guessing the permanent name of Project Xehanort.

It's been a busy week for Kingdom Hearts, as we just recently learned more details about the upcoming Kingdom Hearts 3: ReMind DLC pack, including the new "Data Greeting" custom photo mode. We can't wait to learn more about Project Xehanort, including how much it costs, where it's positioned in the Kingdom Hearts timeline, and of course gameplay details.

As you might've noticed, there's a lot to get excited about in gaming this year. Here are the upcoming games of 2020 we really just can't wait for.