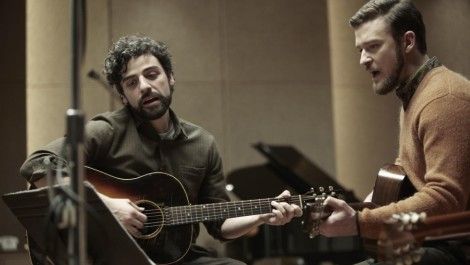 But Llewyn, artistically talented but socially and professionally inept, ceaselessly imposing on friends’ waning tolerance (and their sofas) is perhaps the most consistently hapless of the Coen roster of screw-ups. “There must be someone in the five boroughs who isn’t pissed at me,” he muses despondently – but by this stage in the game, there probably isn’t.

The Coens, always exact to place and period, locate Llewyn’s sad tale in the Greenwich Village folk-music scene of the early ’60s. Although at one point our hero makes a fruitless trip to Chicago, which throws him into the company of an elderly bluesman (Coens regular John Goodman) and his driver (Garrett Hedlund), who mumbles incomprehensible beat poetry to himself.

As ever with the brothers, there’s a relishable gallery of supporting roles, from an unhelpful lift operator to the Jewish-Chinese couple who’ve decided to call their son Greenfung.

Scene-stealer supreme, though, is a self-possessed marmalade cat who Llewyn keeps getting saddled with, and who turns in one of the all-time great feline performances. Said moggy also gives rise to one of those unforgettably left-field Coen lines of dialogue. no spoilers, but it involves the word ‘scrotum’.

As they did with the bluegrass of O Brother, Where Art Thou? , the Coens flaunt genuine affection for the music genre they’re featuring, while still sending it up when they want to.

There’s a wicked parody of the Clancy Brothers’ raucous tones, and one of the many highpoints is a performance of the film’s sole original number, ‘Please, Mr Kennedy’, a jaw-droppingly inane ballad composed by Jim (Justin Timberlake), Jean’s on and off-stage partner.

Like most of the songs, it’s played out in full. Isaac, who proves to have a strong singing voice, performs the folksongs in perfect period style and succeeds in making Llewyn, for all his prickliness, an unexpectedly likeable, melancholic figure.

The Coen brothers on top sardonic form with a winning tale of an incorrigible loser. Hits the right note on every level, from period vibe to performance (human and feline).