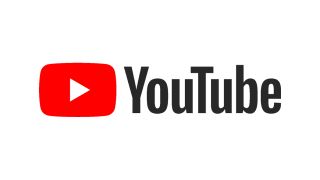 So, you want to become a YouTube sensation? Of course you do! The fame, the cars, the free stuff and the scandals – after all, that’s the dream, isn’t it? Trust us, it is; and if you stick with us you’ll go far, kid.

So what does it take to go from merely playing video games in your bedroom to playing them at a fancier desk for an audience of millions? It’s actually pretty easy to get started, but the true path to digital domination is paved with good intentions and a lot of hard work. You need to find your niche, then you’ve gotta find your voice, and then you need to start producing that delicious, click-baiting content. With so many people out there trying to replicate their favourite influencers (that’s what they’re called in the industry now – don’t ask) it’s going to take something fresh to cut through the noise. But you know what? We believe in you. That all said, everybody has to start somewhere, and you’ll want to make sure you have these bases covered before you do anything else.

If you want any chance of finding success on YouTube you are going to need a strong sense of the kind of content that you want to produce. The best channels are the ones with focus: are you incredible at FPS games and want to share that knowledge, or do you fancy yourself a comedian talking over gameplay videos? Build your niche around the content you feel the most comfortable creating.

Having decent equipment won’t hurt your chances of building an audience. If cash flow is tight, we recommend getting hold of a microphone that will bring versatility to your portfolio, such as the Turtle Beach Stream Mic. Not only is it great for recording audio over video at the editing stage, but it’ll also give you the option of running high quality live streams directly from your Xbox One over Twitch and Mixer.

If you want to people to idolise you on YouTube you’ll need to put a face to the voice. Kinect will get the job done if you’re looking to record and mix all of your clips on the Xbox One itself, but if you plan on editing your clips in a video editor on your PC or Mac before putting them live (highly recommended) get a Logitech C922 Pro Stream webcam – professional grade quality at a relatively affordable price.

Hit the Xbox button and follow it with a quick tap of the X button while in-game and the Xbox One will automatically record the last 30 seconds of gameplay. For a more versatile selection of gameplay to draw from for your videos tap the View button and you can record up to the last five minutes, or start recording your game going forward. Failing that, invest in an Elgato HD60 capture kit for more versatility.

While you can edit clips together – adding video and voiceovers – on your Xbox One from the GameDVR app or ShareFactory on PS4, the options are limited. Instead, you’ll want to consider exporting  your clips and moving them to your PC or Mac. Free editing software such as Windows Movie Maker and iMovie is easy to learn and will get the job done, letting you build YouTube videos you can be proud of.

Do you know what the biggest hurdle to finding success on YouTube is? It’s you. It can be difficult to get the courage to put yourself out there, but you can’t become a star if you don’t try. Focus on getting your first video out there, and then a second, and then a third. The more content you produce the better you’ll get; settle into a rhythm and stick to a schedule. We believe in you – good luck and have fun!