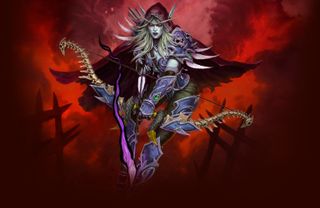 With the Descent of Dragons set just five days away, today Blizzard announced a new wave of content coming to Hearthstone in the coming weeks, including more Battlegrounds updates, another Solo Adventure, and some long-awaited balance changes.

Things will kick off later today with the arrival of three Hearthstone Battlegrounds heroes and two minions, including a few based on fan-favorite cards from the main game. Those are:

These heroes aren't the only changes coming to Battlegrounds. A few heroes and minions are being rebalanced, although Blizzard didn't specify how. The targets are: Millicent Manastorm, Patchwerk, A.F. Kay, The Rat King, Professor Putricide, Lich Bah'hial, and The Great Akazamzarak. For minions, Lightfang Enforcer, the beloved discover-five carry, is also being nerfed. According to a previous comment from Hearthstone lead Mike Donais, the buff it provides is being reduced from +2/+2 to +2/+1, but the exact change remains to be seen.

Looking further ahead, Hearthstone will get another solo adventure in January called Galakrond's Awakening. From the name alone, it's clear the adventure is styled after Galakrond, one of the headlining Legendaries in the Descent of Dragons expansion. Galakdron's Awakening will also introduce 35 more cards, and with how strong Galakrond decks already look, it'll be interesting to see how these cards play with the Invoke keyword.

To round things out, a few popular cosmetics - the Sylvanas Windrunner Hunter hero and Tyrande Whisperwind Priest hero, the latter being free to all players - are returning to the shop for a limited time. More importantly, and to the delight of Wild players everywhere, the now-infamous mech SN1P-SN4P and its popular infinite Warlock combo are getting nerfed. More accurately, all Echo cards are getting a nerf of sorts: their mana cost can no longer go below zero, prevent infinite duplicates. Cards affected by this change, namely SN1P-SN4P (the normal version, not the free Golden one), Glinda Crowskin, and Sound the Bells will offer full dust refunds until December 19.