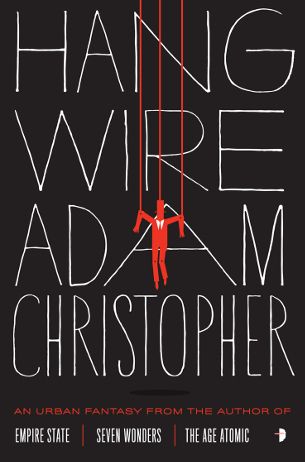 Beyond the circus, though, even scarier things are happening. Following a meteorite shower in the early 1800s, an extra-terrestrial evil has landed in America, and it’s determined to team up with a pre-existing nasty lurking below the earth’s crust. If the tentacle-faced carousel mounts didn’t tip you off to the novel’s Lovecraftian leanings, the inclusion of a giant slumbering horror rising from the depths ought to do it, but Christopher also throws in Korean mythology, Chinese magic, Celtic deities, and Hawaiian devils. Oh, and there’s a serial killer stalking the streets, using steel wire to string up his victims, but given everything else that’s going on, it’s easy to forget about him.

The sheer volume of ideas is dizzying, and though that makes for an enjoyably fast-paced read, it also makes it hard to engage with the characters. There are too many twists, too many kinds of magic, and that comes at the expense of any real heart. Still, unlike that carousel, it’s a fun ride.