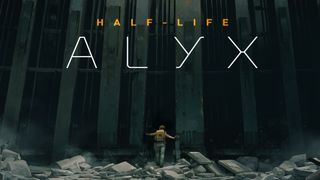 It's not Half-Life 3 (officially), but it'll do. Half-Life: Alyx is billed as a "VR return for Half-Life," and its announcement is about as exciting as it gets for fans of the franchise. Valve says the VR-exclusive Half-Life: Alyx is a full-length game developed specifically to take advantage of their Valve Index hardware, but you'll also be able to play it on other VR kits.

While Valve opened the gates with a fair amount of information, we're sure to learn more in the coming months leading up to Half-Life Alyx's release. Here we'll introduce you to the basic facts about the game and keep you up to speed with any new developments, big or small. Read on to learn everything there is to know about the long-awaited return of the fabled Half-Life series.

When it's coming out

Half-Life: Alyx's official release window is March, 2020. We'll be sure to keep you updated as soon as a specific release date is revealed, but for now fans should be happy with knowing they won't need to wait long to jump back into the world of Half-Life.

When it takes place

Valve says Half-Life: Alyx takes place somewhere between Half-Life and Half-Life 2, but given Alyx's apparent age and the presence of City 17, we're guessing it's a lot closer to the events of Half-Life 2.

As you might expect, Half-Life: Alyx puts you in control of Alyx Vance in your fight against the Combine. You and your father, Eli, are holed up in City 17, and together you'll build the foundation of the resistance Gordon Freeman heads up in Half-Life 2. The reveal trailer also features the elusive G-man, the guy in the suit who pops up sporadically in Half-Life and Half-Life 2 to give creepy speeches, so we can assume he's still pulling the strings behind the scenes.

Valve says Half-Life: Alyx was built from the ground-up for VR. "Lean to aim around a broken wall and under a Barnacle to make an impossible shot. Rummage through shelves to find a healing syringe and some shotgun shells. Manipulate tools to hack alien interfaces. Toss a bottle through a window to distract an enemy. Rip a Headcrab off your face and throw it out the window," reads a chunk of the official description.

What platforms it's compatible with

Half-Life: Alyx works with any Steam VR-compatible VR headset. Basically, if you own a VR system that connects to a computer, you're good to go. Even the standalone Oculus Quest is compatible - all you need is a PC with enough grunt to run the game and a link cable.

Half-Life: Alyx is built on Valve's shiny new Source 2 engine, and the reason that's especially significant is that it allows players to build their own custom environments. The environments you create will be available to the Alyx community to enjoy, giving a near limitless selection of virtual spaces to explore.

"Hammer, Valve’s level authoring tool, has been updated with all of the game's virtual reality gameplay tools and components," writes Valve about Source 2.

How to buy it and pre-order bonuses

If you already own a Valve Index VR kit or Index controllers, Half-Life: Alyx will automatically appear in your Steam library at release for free.

Otherwise, you can pre-order Half-Life: Alyx right now via Steam, and if you act quick you can take advantage of the current 10% off sale. As long as you pre-order Alyx before 2019 comes to a close, you'll have access to a few tempting bonuses.

One of the bonuses lets you explore some of the environments from Half-Life: Alyx early, though so far Valve has only said the feature will go live "early next year." The two other pre-order bonuses are special gun skins and Half-Life: Alyx-themed content for Counter-Strike: Global Offensive.

How to play it

Half-Life: Alyx is a VR-exclusive experience, and currently there aren't plans to bring it to traditional platforms. Once you've got your compatible VR headset sorted out, you can let Alyx scale your VR gaming room or play stationary sitting down or standing up.

You can move around in-game by teleporting or shifting smoothly from one place to another, or by using a VR controller to walk or run. Alyx is compatible with finger-tracking and trigger controls.

Judging from the reveal trailer, you're likely to see plenty of familiar faces in Half-Life: Alyx. Unfortunately, we're not so sure how many familiar voices you'll hear. Actress Ozioma Akagha will lend her voice to the titular Alyx Vance, formerly portrayed by Merle Dandridge.

Eli Vance will be portrayed by James Moses Black, an actor primarily known for his roles in TV and film. The actor who portrayed Eli in Half-Life 2 and the episodes was Robert Guillaume, who unfortunately died in 2017.

Here's every voice actor we know to be a part of Half-Life: Alyx's cast (thanks PC Gamer):