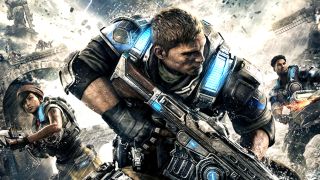 How did Xbox do in 2016? Pretty damn well, actually. With a decent raft of exclusives, some great upcoming Xbox One games, and a new piece of hardware on the horizon, Xbox One is in great shape. But was it all sunshine and kittens for Microsoft this year? Matt Gilman - Editor of Official Xbox Magazine - is here to give you the low-down on all things Xbox.

You have to start at the games. Xbox One saw some absolutely belting exclusives careen into view at the tail end of this year. At the top of the list is possibly the finest racing game on any console, Forza Horizon 3. I’ve known both hardcore racing fans and casuals alike fall for its ludicrously beautiful Australian Outback. Gears Of War 4 is another highlight, reigniting a buried love for one of Xbox’s most influential franchises. It’s smart, slick and unabashed good fun.

It launched quietly and is still gathering steam, but the arrival of Clubs on Xbox One is another key moment of this year for me. Clubs basically turns your console into a video game bar full of interesting and like-minded people to team up and play with. Playing with randoms before has been a risky endeavour. Now it’s easier than it’s ever been to meet up with new players who are into the same things you are. And then there was the launch of the excellent Xbox One S, the best place to play upscaled 4K games, WITHOUT having to fork out for another Blu-Ray player on the side. It feels like this new machine is the figurehead for Microsoft’s new mindset: to listen to the gamers and to make sure our feedback is implemented. It’s a superb upgrade and bodes well for next year’s Scorpio...

What could have gone better?

The first half of the year saw some great multi-platform games land, but blimey it was a bit barren in terms of marquee console exclusives. Thinking back only Quantum Break sticks out. 2017 is already looking like it’ll remedy this problem, though (pun totally intended), with Halo Wars 2 and Tacoma on my personal radar.

What was your personal highlight?

Starting on Official Xbox Magazine! It’s been amazing to go from a broad multi-format outlet (the brilliant GamesMaster magazine) to the singular focus of OXM. The team is incredible and the mag itself rammed every month with great work which is just a pleasure to collate and edit. Our issue on shelves at the moment, has two of my favourite features of the year, on Prey, Arkane’s incredible sci-fi RPG, and Resident Evil 7, which is looking more and more like the real deal for long-time series fans (myself included).

A broader highlight, though: d’you know what I did in October this year? I delved under the bed and pulled out a big ol’ box of 360 games which I’d consigned to gather dust when I first set up my sultry new Xbox One. Red Dead Redemption was one I was able to return to thanks to Backwards Compatibility, and since then we’ve seen Bully, Oblivion, Bayonetta and loads more resurface. I love that every time I boot up my machine it seems like there’s a new classic at my fingertips. Currently I’m half way through a Mass Effect trilogy play though ready for Andromeda to land in March. Bliss.

Special mention needs to be made of Fallout 4 and Skyrim, playable on Xbox One with a vast array of mods. I really hope that this is a precedent for Xbox One going forwards, and that this means more mod-friendly games will land soon. My copy of XCOM 2 is ready...

Fave game of the year?

Overwatch, all the way. I can’t wheel away from a match without a smile on my face, it’s such well crafted fun. Special mention to Dark Souls 3, though. It has the finest combat of the series and some of the most iconic, lasting locales.

What was your personal lowlight?

Without a doubt it was news of the closure of Lionhead, one of the UK’s oldest and most well-loved studios. The Fable series has been a touchstone of quality on Xbox, and the talent at that studio was clear to anyone. The death of Fable Legends, a game I played multiple times at various stages of development and which seemed to be coming together nicely, was a massive shock.

You don’t need an Xbox console to play Xbox games anymore. With Xbox Play Anywhere we’ve seen a huge number of players coming together, whether they’re playing Gears 4 on PC or Xbox One, likewise with Forza Horizon 3. It’s early days and there are some bumps that still need ironing out, but this trend, of bringing players together, is a fascinating one.

It’s hard to ignore the buzz surrounding VR on PC and PS4, even if, like me, you’ve tried it loads and remain unconvinced. I spent a hateful weekend chundering into a bucket while reviewing VR games when I was back on GamesMaster, so have developed a natural distrust of the tech/games on offer. I personally think VR will remain an early adopter fad, something for tech heads and games journalists to show their mates when they come around, rather than a legit gamer’s preferred way to play once they get home ready for a session in the evening... At least until Scorpio launches! Microsoft is right to wait and perfect the hardware before asking us to shell out.

The latest issue of Official Xbox Magazine - with a huge cover feature on Prey - is on sale now. Buy a subscription or single issue right here.

Matthew Gilman
When he's not busy being Editor of Official Xbox Magazine, you'll find Matt mainlining Overwatch. Current hero of choice: D.Va. No wait, it's Hanzo. No, no, it's Tracer. Actually it's... *forcibly removed from the internet*
See comments